In only his second final, 38th-ranked Johnson edged a tight contest, dropping serve just once.

“It feels really good, I’m not going to lie,” said Johnson, who reached the quarter-finals at Queen’s Club last week and will move inside the world’s top 30 for the first time.

“I had some ups and downs so far this year. To find my groove on the grass is fantastic. I had a good week at Queen’s Club and felt pretty comfortable on the grass.Once I got here and played my first couple of matches, I knew I was definitely a contender to win this.” 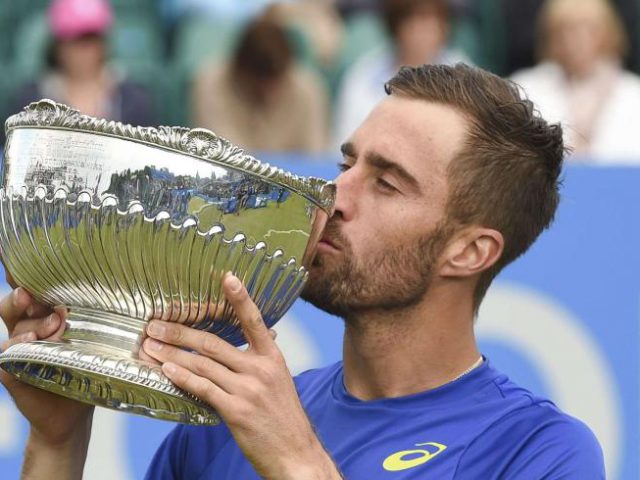