Novak Djokovic, world number one, was the winner of the Madrid Masters 1000 tournament, his fifth title of the season, defeating in a tense and hard-fought final to Andy Murray 6-2 3-6 6-3. The Serbian thus confirms his leadership in world tennis and shows his early elimination in Monte Carlo was nothing more than an accident.

With this victory the Serbian raises his number of titles to 64, catching up with Bjorn Borg and Pete Sampras, only five away from Nadal. Besides the Spanish, precede him Jimmy Connors (109), Ivan Lendl (94), Roger Federer (88) and John McEnroe (77) who lead the ranking of most victories in ATP tournaments. Most ATP titles

He also overtakes Nadal again in Masters 1000 titles, bringing the number of victories in these tournaments to 29, thus undoing the tie produced by the Spanish victory in Monte Carlo just a couple of weeks ago. Most Masters1000 titles

Djokovic holds this season a balance of 33 wins and two losses equivalent to a 94,29% of effectiveness, an even higher percentage which he concluded the year 2015, 93,18%.  He also achieves his third Masters 1000 of the season when only have been played four. The Serbian has won ten of the last thirteen Masters 1000, reaching the final in 12 of them. An unprecedented record in the tennis history. Wins % 2016 Wins % 2015

He also has a balance of 12-0 against top-10, reaching a mark of 43-5 if we include the results of last year. The number one does not lose against a top-10 since Federer defeated him in the round robin of the last ATP finals. Since then he counted 15 consecutive wins facing rivals in that category, breaking his previous personal record of 14 victories obtained from Beijing 2012 to Indian Wells 2013. The Serbian is just one victory away from the best run of Bjorn Borg but he is still far from the Roger Federer’s record of 24 consecutive wins before the top-10, collected between Masters Cup 2003 and Australian Open 2005. Wins streak vs. top-10

Either way, Djokovic is a breaking records machine. There is no week without the smashing of any record. In thetennisbase we have recorded him 25 ATP records, he is second in 22 and third in 29. Still far from the 54 records of Federer, but at this rate these differences dwindle rapidly. Djokovic records

Aside from the records, the Serbian game was again characterized by his extreme effectiveness. He only lost one set in the tournament – the second of the final before Murray – and he lost only three service games. He led the tournament statistics in returning points won with 43,83%, ahead of Nadal who reached 42,12%, he saved the 84,21% of break points faced (16 of 19) and he converted the 44.44% (16 of 36). The only blot to his brilliant performance was the difficulties he suffered to close matches. Raonic came close to tying to five in the second set, Nishikori saved four match balls and he was able to force the tie break in the second set after breaking his service and Murray disposed of seven break points in the last game of the final. Madrid 2016 stats (I)

The Scot, despite not being able to defend his title of 2015, completed a great tournament. After a hesitant debut against Radek Stepanek, he got three convincing victories before Simon, Berdych and Nadal.

His service shone high, saving him on multiple occasions – especially against Nadal and Djokovic – from tough situations. The 35 aces he scored, 21 more than those achieved last year in this same tournament, are a clear example of the British progress in this aspect. His attitude was competitive and focused at all times, away from that gesture and contorted figure he has shown often in the past. Andy has cleared many doubts in Madrid demonstrating he can compete at the highest level on clay. Madrid 2016 stats (II) Madrid 2015 stats

Nadal played again a good tournament, but rain and humidity conditions affected his performance. Against Joao Sousa, at quarter finals, after winning the first set 6-0 was necessary to close the roof of the Caja Magica, the ball become slowly and heavy and the Portuguese benefited from that and he could get in trouble to Rafa. At the semi-final, with Murray, Nadal disposed of 13 break points, 9 in the second set. But the great service of Murray and some own inaccuracies prevented him from converting 11 of them. That together with some mistakes at important moments of the match – was not his day with the smashing nor the drop shots – helped Murray to achieved his second victory over Nadal on clay, both in Madrid, and reduces distances on the head to head which is now 17-7. Nadal-Murray h2h analysis

Kei Nishikori achieved again a great result this week, after those obtained in Melbourne, Memphis, Indian Wells, Miami and Barcelona. The Japanese is already fourth in the ATP Race. His balance this season is 26 wins and 8 losses (76.47% sixth of the season), but we must bear in mind that six of them have been against the three above him in the Race, Murray, Nadal and Djokovic that have defeated him once, twice and three times respectively. Nishikori 2016 activity

Similar case is that of Raonic. The Canadian after losing at quarterfinals against Djokovic is fifth in the Race with a balance of 23 wins and 5 losses, two of them were facing Murray and other two against Djokovic. It is clear that, pending that Federer will be reincorporated with continuity to the competition, are Nishikori and Raonic who lead the step immediately below the three tenors. Raonic 2016 activity

Feliciano Lopez, after matching last week the 16 entries of Manuel Orantes in the Godo, has broken this week the record of entries at the Madrid Masters. The Toledan is the only player who has played the 15 editions of the tournament. Masters Madrid book of records

Next week Rome Masters 1000 comes with an important novelty. For first time in history, Nadal, Federer and Djokovic are in the same half of the draw. If there is no last minute loss, the last big test before Paris promises strong emotions. 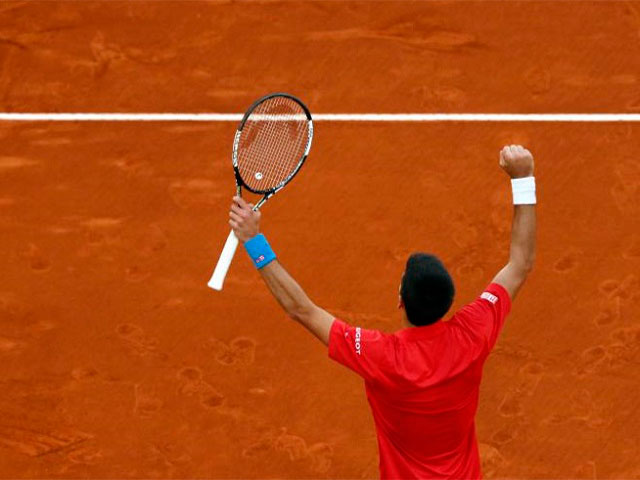