This week’s quote on Tuesday will be about working the confidence and what we seen today in London is a bath of confidence, every key moment Andy was breathing confidence, in the way of play, in the positivity, even in negativity he was confident, even in the complains. I can’t go to bed without writing about him and his demonstration.

Confidence; is an ideal state to compete that allow us to confront difficult scenarios with the right tools and organizing them well to face adversity and pressure.

Confidence is Andy Murray, he is not the tallest, not the strongest, not the fastest, and not the calmest and focus, but he saw incredible confidence in the key moments all this tournament.

He’s the champion, and I admire him a lot. We first meet in Barcelona in our Academy, and when we played he already showed confidence as a teen ager, he told me he was going to beat me and he did easily. I tried to push him and realized how good counterpuncher he was and how many balls he could recover in key moments. He had a long way to go but he had always that posture of almost defying when he had to face some new challenges, I remember one day Carlos Moya came to hit with him and his words after the practice were of admiration of how confident he was. He said,” this kid is going to do some damage”. 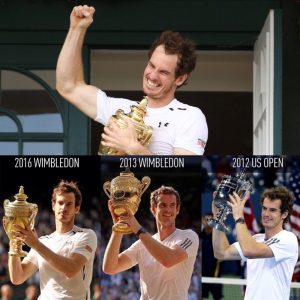 It has been many years since he left Barcelona, always getting closer to be the top player that he dreams. He had lots of coaches but the one that make him excel on his tennis was Lendl, which almost took him to the edge, he won two slams and the Olympics, but they split and the momentum disappear.

What gave Andy the confidence back? I think is a mix of things:

Technically that he is a mature player and uses his tools in any surface. He can convert defense to offense in a blink and the opposite as well.

Tactically his triumph in Davis Cup last year gave him a push, the clay court ride this year with the Rome title and the final in Paris catapult him to another level, much more mature and aggressive. Bringing Lendl to his team gave him the extra push on terms of confidence, pattern and composure. I hope he continues with him to a higher goals. 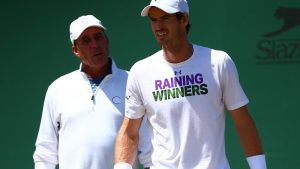 Physically the biggest difference is that he is able to convert an attack from the opponent that for the others will be history, he manages to turn it to a great defense or and attack that the other one can’t read.

Mentally I think that his marriage and fatherhood helped him considerably, even if he still fighting with the world between points, he forgets about it and that state don’t stay on him as long as before. I’m sure that Lendl with his manners and talks make him be more patient and look more for the intensity, for the focus and mainly for the quality in those key moments, you never seen him doubting this last two weeks. Even the day of Tsonga, when he lost 2 sets he enter the fifth and he seemed like if he had an extra gear and he win 6-1 without a problem.

I think Murray is in a new state, he’s going to have a shot at the number one.

We don’t know what happened to Djokovic but his exit created some doubts about the inexorability of his game, and something was very wrong on the mental pilar that day that make him vulnerable, his performance was not normal and something was not letting him be focused on his tennis.

His other two rivals, Nadal didn’t play with an injury and Federer had a great run, almost make it to the final again but the surgery and the inactivity affected the physical pilar and didn’t let him continue the way he showed with Cilic when he played against Raonic. Probably not playing the French was a big effort but on the other side would give him the extra physical step to arrive to the dreamed final. A pity for the tennis world.

Andy you were my favorite before the e vent and you succeed, you have a great challenge in front of you, you can finish the year number one, and you’re in the pool position, you’re more professional, more consistent and more confident. I bet know that you’ll make it. 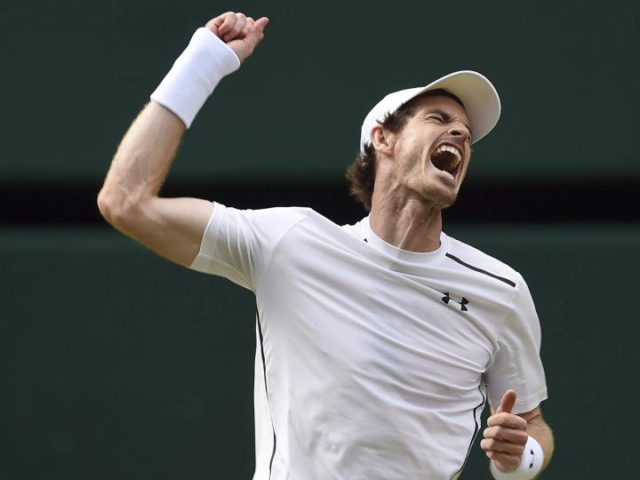