Two Argentinian, Federico Delbonis and Juan Monaco, were the winners of a week in which the big players chosen to hide the cards – the only one top-20 competing was John Isner, in Houston – reserving forces for the intense clay calendar that Monte Carlo opens from today.

Delbonis continuing his great season start triumphing in Marrakech, the second ATP title of his career, after the successful in Sao Paulo two years ago. The left-handed Argentine, showing he is in a great form and confidence, barely had difficulties for winning the tournament. He did not lose a single set and he even was not forced to a play tiebreak. He led widely the tournament stats of returning points won and he only lost 4 games serving. Marrakech 2016 stats

With this victory Delbonis raises 11 positions in the ATP ranking, moving up to number 36, and he becomes, for the first time in his career, the best Argentine ranked. He is a clear choice for the Argentine Davis Cup captain, Daniel Orsanic, ahead of the tie with Italy next July. ATP ranking 11-04-2016

As it is undoubtedly also Juan Mónaco, who after nearly three years won again an ATP title, the ninth of his career and the second in Houston. Monaco do not tasted success since May of 2013, when he defeated Jarkko Nieminen to lift the title of Düsseldorf. Monaco ATP titles

The Argentine closes a long stretch of the desert that began with a very negative 2014 and lasted in 2015, when a serious injury of wrist – which has kept him away from the circuit six months – interrupted a promising season in which he was achieving good results.

Monaco clinched the title of Houston from the 148 position of the ATP ranking and he is the first player out the top-100 winning an ATP title since Rajeev Ram did it last year in Newport. With this victory, Monaco rises to the 86th, overtaking nothing less than 62 positions from his previous classification.

The final in Houston was dramatic, with multiple alternatives and both players with obvious physical problems. Jack Sock, who defended the title and until the 6-3 in the first set against the Argentine held a streak of 17 consecutive sets, could overcome heroically two breaks down in the third set and overtake from 1-4 to 5-4 before his physical condition reach the limit of his resistance. With Sock no longer able to move on the court, Monaco could surmount his nerves and scored the last three games of the match. Sock Houston results

John Isner was ousted again, losing only one break in the tournament. Unusual case of the American. In Buenos Aires and Rio de Janeiro he lost early without losing a single service game. Nishikori beat him in Indian Wells without getting a single break ball and Smyczek eliminated him from Miami when the American lost his fourth consecutive tie-break in the decisive set. The American, who leads 2016 in aces and percentage of serving points and games won, is taking little advantage of the strength of his serve. 2016 stats

Other players who sparking a fine week were Borna Coric who played in Marrakech his second ATP final, after Chennai this year, and he missed the chance again of becoming the first player under 20 years winning an ATP title after the victory of Marin Cilic in New Haven 2008.

Also in Morocco, the young Korean Hyeon Chung reached for second time a quarter-final in an ATP tournament and he was close to move on to the next round, if he had taken advantage of any of the 7 break point he missed against Isner. In this same tournament, Albert Montañes got three victories to sneak into the semi-finals, something he could not get since Nice 2014.

Monte Carlo has already started and with it the season of the big European tournaments on clay. The top players have just return to scene, including Roger Federer, who reappears in the Principality after his meniscus surgery that took him out of the competition two months. The glamour and tradition of the European courts bring us new emotions and great taste for the patient and elaborated tennis nature of the clay court. The show is just beginning. 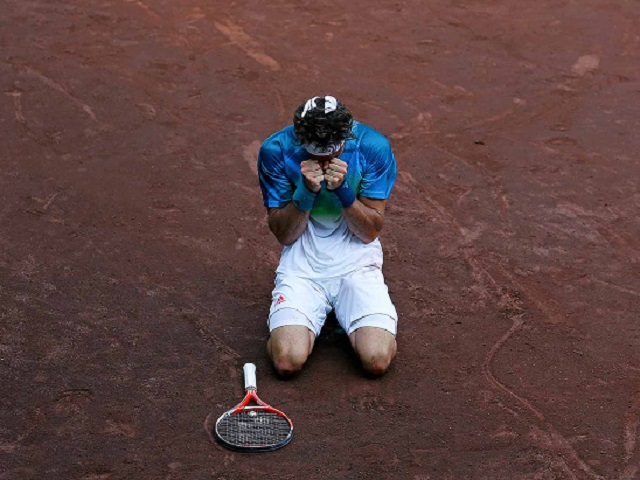