The young Austrian’s 22 years old Dominic Thiem won the Stuttgart title defeating in a rainy final, which had to be finished this Monday, to German Philipp Kohlschreiber 6-7 (2) 6-4 6-4, thus taking the revenge of the final in Munich. It is the fourth title of the year for Thiem that continues adding wins and exhibiting his high level week after week. 2016 is being a great year for a player who has already entered by his own right among the elite of the circuit.

Thiem, considered a clay specialist, is also showing he is a superb all-round player. He showed up in Stuttgart with little credit on grass, a surface in which his balance before the tournament was 2 wins and 6 losses. However, these poor numbers were no obstacle to achieve his first title on grass, becoming the first player this season who has triumphed in all surfaces, hard, grass and clay. Thiem’s career results

The Austrian is emerging as a wizard in extreme situations. Against Federer, he came back for third time this season after facing match points. In Buenos Aires he saved one against Nadal and two with Elias which are added to the two he overcame in his semi-final match with Federer. In addition, his record on decisive sets is impressive, 19 victories by only one loss when match reaches last set, a mark even more stunning if we consider that, before 2016, his record in matches decided in last set did not reach to 50%, 20-21. In tie-breaks, Thiem´s mark is also outstanding, 18-10 (64,29%) much higher than his mark before this season that was 30-34. There is no doubt that this season everything falls in place for the world´s number seven. 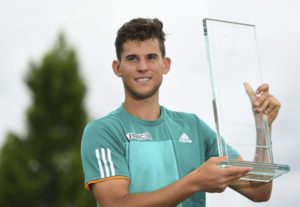 Thiem leads again the table in number of victories this season with 45 wins, one more than Djokovic. And he is, with Djokovic and Murray, the only player who can boast of having won Nadal on clay and Federer on grass. Most wins 2016

It was precisely the semi-final against Federer the match which aroused more expectations. The Swiss won first set and came up a 5-0 in second to reach the tie-break where he disposed of two match points, one of them at service. But Thiem, that seems touched by the gods, could divert the threat, overcoming his own nerves, and save four break points in the third set to get the victory for second time in a year – he defeated him also in Monte Carlo – to the genius of Basel.

Federer also had reasons for celebration. And it is not only for his new comeback in this turbulent season. The Swiss, with his victory at quarters finals over Florian Mayer, surpassed Ivan Lendl´s total number of ATP victories, and he did it right when he tied with him in number of matches played. Federer achieved his victory 1072 in 1314 ATP matches, the same played by Lendl in his entire career, he got 1071 victories. With that, and despite the subsequent defeat with Thiem, Federer also is situated a few thousandths ahead of Lendl in winning percentage, 81,52% by 81,51%. Most ATP wins ATP wins highest %

Lendl has also seen as Djokovic, after his victory at Roland Garros, replaces the Czech as a fifth player all time according to the thetennisbase.com ranking, and Novak is now preceded only by Laver, Rosewall, Federer and Tilden. The Czech´s records, a player who won practically all important tournaments of his time except Wimbledon, begin to be overtaken. Lendl, in any case, has also reasons to be happy since this week it is been announced he will collaborate with Murray once again. We should remember that the greatest successes of the Scottish – the Olympic gold and the Open Usa 2012 and Wimbledon 2013 – were achieved under the direction of Lendl. All-time ranking 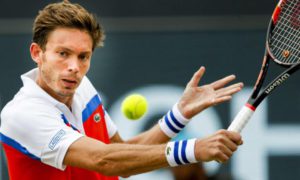 Mahut tied to 3 titles with Patrick Rafter as the player who has won more times the ‘ S-Hertogenbosch tournament. It was something unthinkable only three years ago, when, after the compliments 31st birthday, the French still had not won any ATP title. Muller, finalist of the tournament and only one year younger than Mahut, has not had the same luck. In Holland he played his fourth final and he was defeated again. The Luxembourg player has not yet been able to open his ATP record.                              ‘S-Hertogenbosch table of records

In the Dutch tournament came together some of the greatest bombers of the circuit: Karlovic, Muller, Querrey, Mahut… between them accumulated 254 aces, was a fest – in Stuttgart the five best server stayed at 195 – led by the finalist of the tournament, Muller, who got 85 aces, 17 per match. Karlovic, who did not lose any single service game in the tournament and he barely conceded four break points in three matches, scored 63, 21 per match. ‘S-Hertogenbosch 2016 stats

Grass season continuous this week with two higher status tournaments, Halle and, above all, Queen’s, the second oldest tournament in the circuit – together with the US Open- after Wimbledon, taking place, as the American open, since 1881. It is a monument to tennis which held its 124 edition with the opportunity for Murray to break the record of four victories that he actually holds together with other nine players! For his part, Federer, number one seed at Halle, will try to win his ninth title there and thus emulate Rafa Nadal, the only player who has been able to win a single ATP tournament nine times, in his case in three different places (Roland Garros, Monte Carlo and Barcelona). Queen’s table of records Most titles in a single tournament 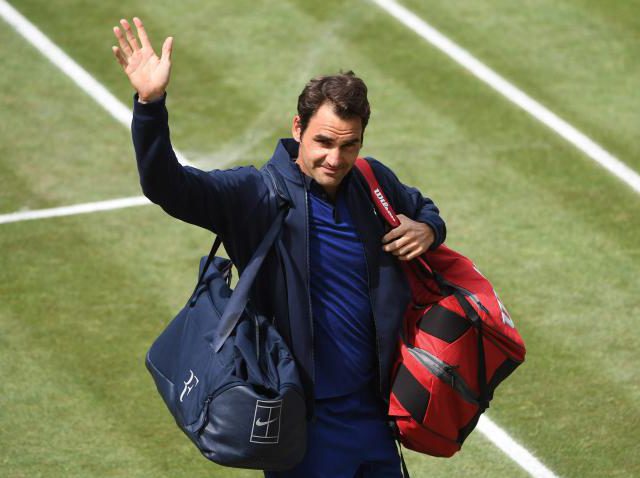