There are people like Garbine who from the moment you see them transmit good vibes, they do not leave anyone indifferent. I remember having been stood by for a while when I saw her for the first time playing with so much self-confidence, her half-smile, her murderous and sweet look, and I was impressed. At that time I thought, “Wow, a different player, she has an amazing potential”.

Garbine is already a reality. Since her final last year in London she was in the crosshairs of many: she is young, she plays nice, she has good energy and a good head on her shoulders. Women’s tennis needs young people, new blood, new leaders who relaunched it at the male levels and she had the potential. The industry needs a generational renewal with powerful leaders, the current generation could get it and Garbine with this victory has been placed in the first position, leading her great future rivals who may give battle, such as Keys or Halep. The future, if that it´s carried out, is encouraging. For Spain she represents a new air, I trust very much that her rivalry with Carla will get to relaunch our tennis and so many girls want to play again.

Technically: It is important to highlights the aggressiveness of her shoots, she does not care about how plays the opponent, she is going to attack in any way, she will get the points. Her strokes can still room for improvement, especially serve and volley.

Tactically: She is on her way down, and with maturity she will be more consistent in her attacks and she will save energy in order to implement better her tactic and choose the right time for every hit.

Physically: She makes the difference, she has worked very hard the force and strength and the result have come, she can keep being aggressive without getting tired and without bringing the level down. She needs to improve speed changes. She is very complete due to her physical scale and breadth of hitting.

Mentally: She is a privileged player, she is not afraid of anything, faces situations with ease, handles adversity well, she always finds the way of trying to do what she does well and makes the difference. Her aura on the court, the way she walks, even her haughty position made her fearsome, because she trust too much in her game their rivals know they have ahead someone who goes for them, and that is a problem.

Now it is time to assimilate the victory in a slow and calm way. Last year after her final in London she had a complicate summer, inconsistent, she changed her coach, and externals issues affect the result. Now she must seize the moment. Grass suits her game if she is well physically, she cannot relax and she must be fresh in London in order to continue at this level.

She should be aware she has achieved number two in the world, and she faces a unique opportunity to be the best. Maybe in London although she would be able to beat Serena again she wouldn’t, but if she keeps her good shape and make a good summer up to US Open, she will have her big chance for sure. Otherwise, it will be only a matter of time. 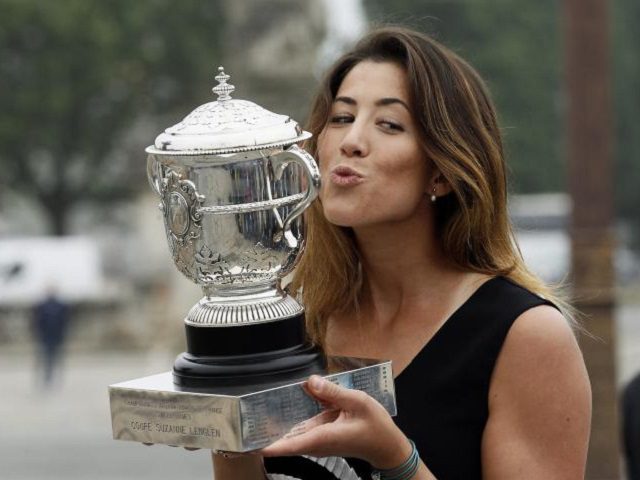