The number 2 in the world, British Andy Murray clinched  the title of Queen’s last Sunday by defeating Canadian Milos Raonic 6-7 (5) 6-4 6-3. It is the fifth victory of Murray in the London tournament – the second most ancient of the world (if its predecessor London Athletic Club is included), along with the US Open, just behind Wimbledon -which becomes the player with most titles in the tournament, breaking the tie to four titles he kept with other nine players: Harry Barlow, Ernest Wool Lewis, Tony Wilding, Josiah Ritchie, Roy Emerson, John McEnroe, Boris Becker, Lleyton Hewitt and Andy Roddick. Great names of all time that the Scottish has surpassed in the 124th edition of the prestigious London tournament, a true tennis monument. Queen’s table of records

And he did not have it easy at all. Raonic was ahead 7-6 3-0 so he almost had in his hand the match and the title, bearing in mind that the Canadian until then had not lost a single game with his service throughout the tournament and in the four previous matches he only had faced seven break balls. But an impressive backhand cross from Murray in the fifth game of the second set broke the immunity of Raonic´s serve, who from that moment collapsed in his game and Murray taking advantage of that situation got other three breaks more to clearly win the match. Queen’s 2016 stats 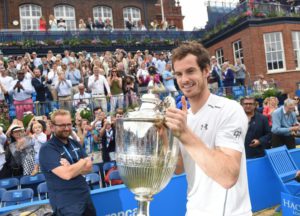 For Murray, it is the second title of the season, 37th of his career and seventh on grass. With this victory the number 2 consolidates his position in the ranking, moving away to Roger Federer, and he presents his candidature for Wimbledon, a tournament he already won three years ago. The Scottish season is being extraordinary, with 33 wins and six losses, second best percentage of the season, eclipsed only by the number one in the world, Novak Djokovic, who has beaten him in the finals of the Australian Open, Madrid and Roland Garros. 2016 wins standings

In London, John Isner was eliminated for the fifth time this season without losing a single service. This time he took little further his particular record, since Gilles Muller eliminated him after saving a whopping 10 match points. The last player who achieved such feat was Rainer Schuettler who saved the same number of match points against Andreas Seppi in the second round of Kitzbühel 2004.

In Halle, Roger Federer had the intention of conquering his ninth title on the grass of the German tournament. However, the genius of Basel is unable to find his best form in a season in which injuries are preventing him from playing with continuity. The young Alexander Zverev eliminated him in a very tight semi-final in which Federer could not seize his opportunities. Federer comes into Wimbledon not only without any title in his saddlebags, something that has not happened since 2000, but also with his status of favourite seriously devalued. The Swiss did not suffer two defeats on grass in the same season since 2012, but that year he won Wimbledon and was finalist in Halle and in the Olympic Games. Halle table of records 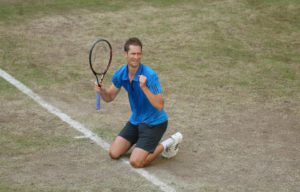 The winner of the tournament was the German Florian Mayer, a different and original player who this week has shown that in tennis it is possible to succeed without having a great physical or be a puncher. Mayer beat Zverev 6-2 5-7 6-3 showing a tennis full of imagination and talent, where drops shots, lobs, angles, and mastery when it comes to placing the ball in the right place abounded to the despair of the young Zverev who is still unable to inaugurate his ATP record; something that it would not take long for that to happen.

For Mayer this title, the second and most important of his career, is a compensation for the two years in which injuries have slaughtered him. Since Miami 2014 the German has been undergoing an ordeal that has hardly allowed him to play 24 matches in the last 27 months.

In Halle also highlighted the prodigious Thiem, who went through to the semi-finals after defeating João Sousawith clarity and Teymuraz Gabashvili – whit that victory he led to six the winning streak on grass – and overcome the quarterfinals thanks to the Kohlschreiber loss, thereby avoiding what would have been their third clash in less than two months. In the semi-final he was not able, however, to fight against the particular game of Mayer, being defeated 6-3 6-4. However, his title in Stuttgart and his positive balance of 6-1 allow him to present at Wimbledonwith well-founded hopes for a good result. 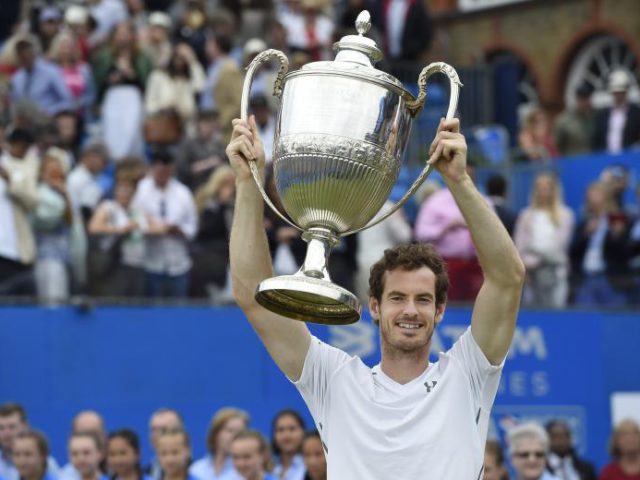