A week after his triumph in Beijing, the Scots Andy Murray has once again triumphed in China clinching Shanghai Masters 1000 defeating on the final to Roberto Bautista-Agut 7-6 6-1. It is the sixth title of the year for the number two in the world – only one behind the seven conquered by Novak Djokovic – after his victories in Rome, Queen’s, Wimbledon, Rio de Janeiro and Beijing. The Scots season is being impressive; He leads the ATP table in number of victories with 65 and his percentage of effectiveness is 87,84%, less than two points of Djokovic´s percentage, which is 89,39% with 59 wins and 7 losses.

Murray has always been the ugly duckling of the big-4. His track record, still being magnificent, is substantially lower than the others three members of that select group. But with Federer in the dry patch, Nadal without finding solutions and Djokovic showing clear signs of mental exhaustion – the stress of have always been under the obligation to win and the latest disappointments suffered is taking its toll – it is seems that Murray´s time  is getting closer. The Scot is only 915 points behind Djokovic on the ATP RACE and 3,000 points are still in the air before the tournaments of Vienna (500), Paris (1000) and London ATP Finals (1500). His options of becoming number one loom menacingly over Djokovic´s reign; this is in spite of the fact that his victory in the Olympic tournament has not reported him any points, a clearly unfair situation from a sporting point of view.

Murray has hit the big time. He got the victory in Shanghai without losing a single set; 23 are the sets he has scored in a row, three against Pella in Davis Cup, ten in Beijing and another 10 in Shanghai. In only five of those 23 sets he has allowed his rival to make more than three games. In Shanghai, as in Beijing, he led again the return stats, both in points won (46,05%) and games won (50%). Murray is unstoppable. 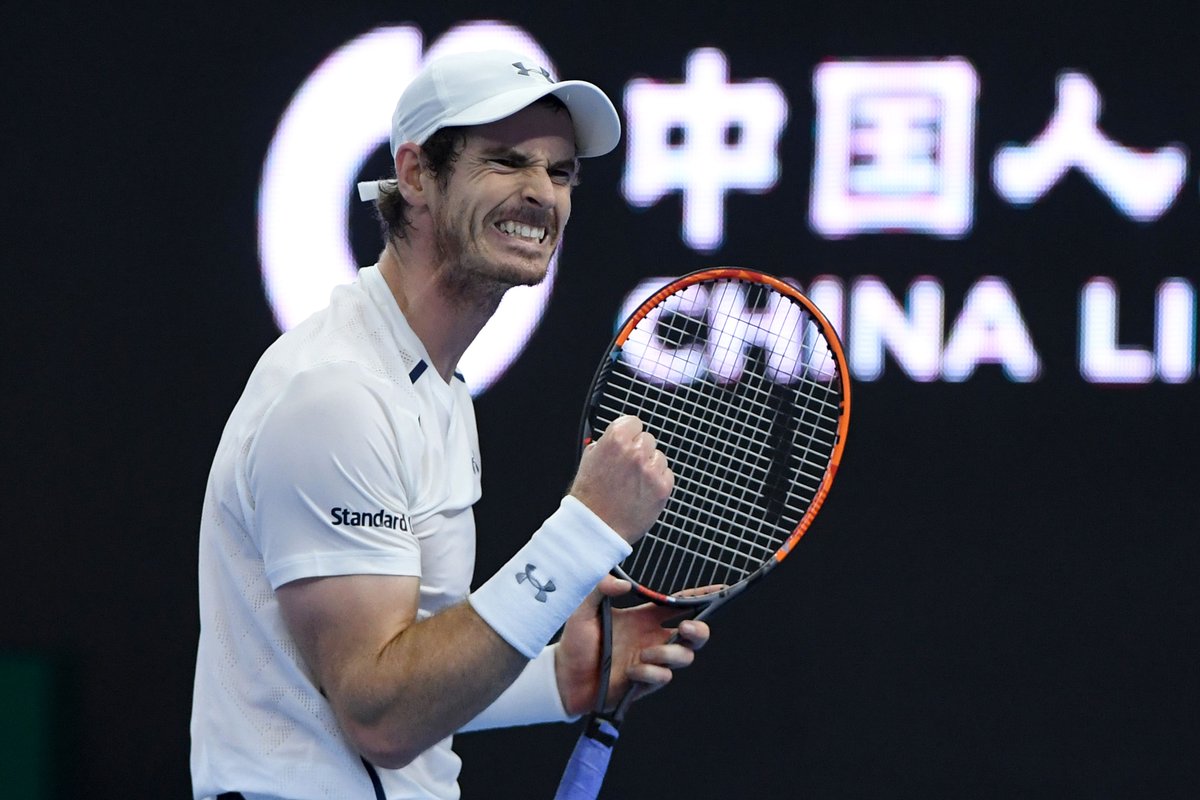 Djokovic is the other side of the coin; he is going through his worst time since his big bang in 2011. The Serbian was disheartened, unfocused and without the mental toughness to which we have become accustomed. Impatient and anxious, making mistakes unthinkable only few months ago. His defeat with Roberto Bautista was not nearly an accident; the Spanish was better thorough the match and even he could win before, but the nerves and the tremendous weight of the Serbian´s name stiffened the arm of Bautista when he served twice to win the match. The previous day, Djokovic had many problems with Mischa Zverev, 110 of the ATP, and he was forced to recover a 3-6 0-2 down.

It is interesting to compare the Serbian´s stats in this tournament with the ones at the beginning of the season, on hard surface. In Indian Wells, Djokovic won 68.42% points at serve and 45,68% of return points. In Shanghai those same percentages fell to 65,44% and 41,95% respectively. In Miami, the Serbian lost 40 games – and no set – in six matches. In Shanghai those figures went to 41 and 3 respectively, in only four matches and facing a much weaker opposition, in terms of ATP ranking. Djokovic is obliged to react if he wants to stop the devastating rate of Murray to the number one. The issue is not a trivial matter, not only because the tremendous impact of the number one in the ranking, but because Djokovic has also the chance of tying with Federer, Connors and Lendl getting his fifth tennis King´s sceptre at the end of season.

Most #1 end of season 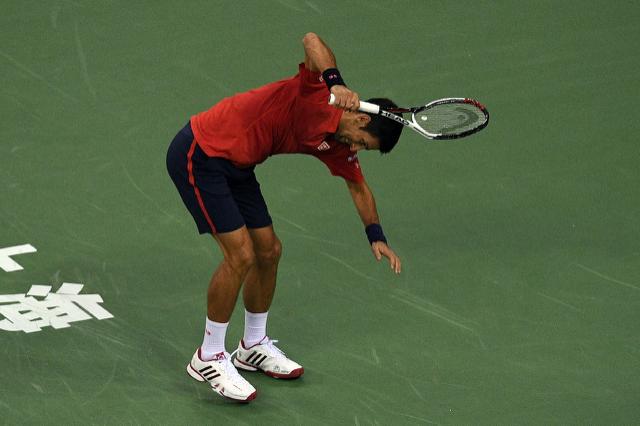 Roberto Bautista completed a sensational tournament that constitutes, without a doubt, the greatest success of his career. The Spanish got into a Masters 1000 final for first time and got his first victory facing a number one in the world. He also defeated to Tomic, Fritz, Troicki and Tsonga without losing a set and showed that his aspirations to reach top-10 are in no way unfounded. This Monday he will be shown in the 13th place of ATP list – surpassing his best ranking ever, 14, 2014-10-20, just two years ag now – with 2505 points.

Bautista holds a balance this season of 48-20, breaking his record of victories in a year (45), achieved in 2014. His percentage is an outstanding 70,59%, the highest of his career. Add to that the titles in Auckland and Sofia achieved the first of the season and the final of Winston-Salem a couple of months ago. A fantastic season he will never forget. 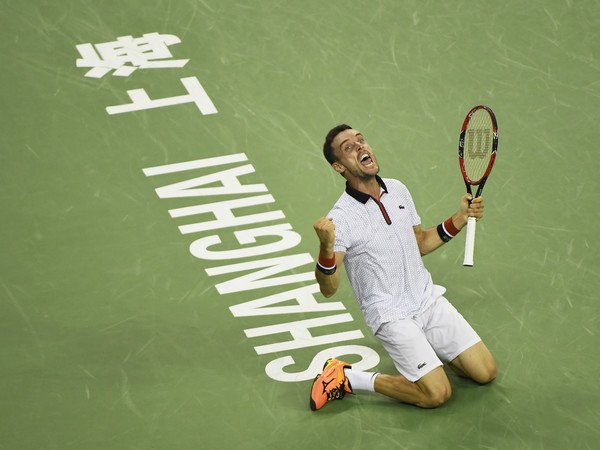 More reasons to forget have Rafa Nadal. The Spanish champion was defeated for first time by Victor Troicki in the second round and he are now with four losses in the last ten matches. The good feelings from beginning of the season have gradually been diluted and Nadal shows again signs of confusion and lack of confidence. He could only win a 59% of points with his first serve but this time he could not compensate his problems with a good performance at return. Rafa did not dispose a single chance of break and he had to settle for a poor 23% of return points won.

Nadal shows a balance of 39-14 and a lot of things have to change if he does not want to get his worst mark since 2004. In addition, Nadal will lose again this Monday his condition of top-5, which he recovered last November, for the benefit of Milos Raonic. Is has been posted Spanish is thinking about to stop playing this end of season, but bearing in mind that he defends 1080 points of Basel, Paris and the Masters Cup, seems excessively risky, face to the Australian Open, keep losing positions in the ATP ranking.

Gilles Simon cleaned up his grey season getting into semi-finals, his best result of the year. Stan Wawrinka, defeated precisely by Simon, showed once again that Masters 1000 not motivate him as much as Grand Slam. David Goffin got another great victory, the third one against a top-10, facing Gael Monfils who is in great shape. Grigor Dimitrov, Marin Cilic and Tomas Berdch were surprised by Vasek Pospisil, Alexander Zverev and Marcel Granollers respectively. And Nick Kyrgios made a fuss again in the tournament. The young Australian must have thought, apparently, that five consecutive wins were more than enough and he threw away his second-round match against Mischa Zverev in 48 minutes, almost without breaking a sweet and leaving some embarrassing points which were reproached by the public and the umpire. The ATP fined to the controversial player with 16,500 dollars, but does not seem that such actions affect him. Perhaps it is only a matter of time, the sufficient for the genius mature. 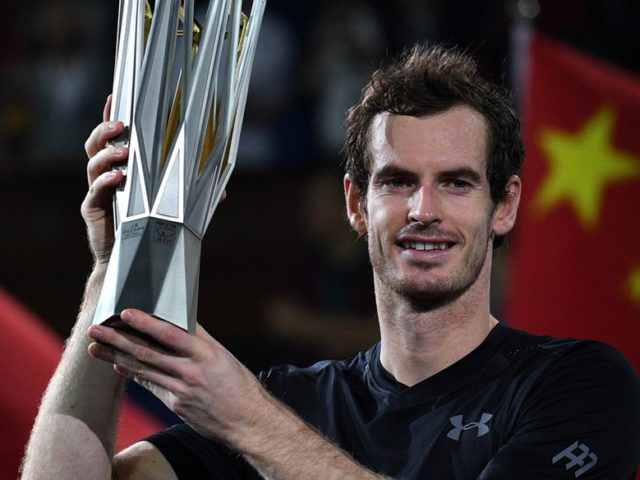