It was not quite the triple bagel that Novak Djokovic was aiming for during the opening 41 minutes of his first-round match but the Serbian is unlikely to be too disappointed after he beat Britain’s James Ward 6-0 7-6(3) 6-4 at Wimbledon on Monday.

The holder of all four grand slam titles appeared to be hurtling towards his 29th successive win at a major when he opened his Wimbledon defence by jumping out to a 6-0 3-0 lead.

But Ward, the son of a London black cab driver, did not want to make a quick getaway on his Centre Court debut and held both arms aloft after finally getting a game against his name on the scoreboard.

The 177th-ranked wildcard went on a roll as he won three games on the trot but despite his fightback, he simply did not have enough weapons to stop Djokovic from setting up a second- round showdown with Frenchman Adrian Mannarino. 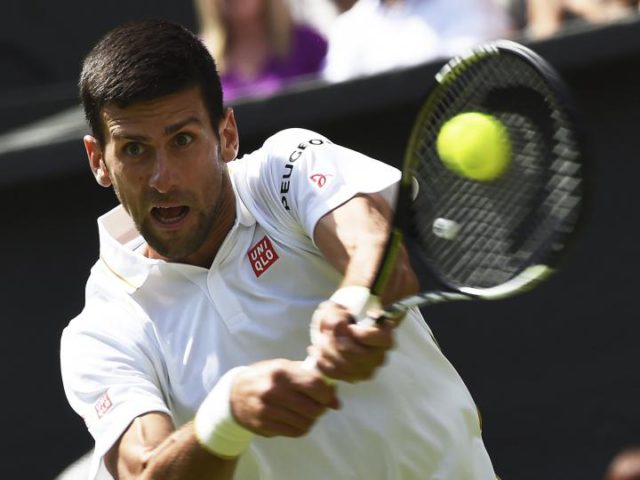