Novak Djokovic moved a step closer to a maiden French Open title on Thursday, sweeping aside Czech seventh seed Tomas Berdych in straight sets to reach the semi-finals at Roland Garros for the eighth time.

The world number one, whose half of the draw got easier after nine-times champion Rafael Nadal pulled out injured last week, will next take on Dominic Thiem after the Austrian tyro downed Belgian David Goffin in four sets.

Serbian Djokovic breezed through the opening set, overcame a slight glitch in the second and came back stronger after a brief rain interruption to seal a straightforward 6-3 7-5 6-3 win.

He ended the contest on his second match point when Berdych returned into the net.

“It’s a grand slam quarter-final so it’s always a difficult match. It’s hard to dictate the play in these conditions, it makes it tough tactically,” Djokovic said courtside. “I played my best tennis at the right moment, I’m happy about that. I’m happy to come back here on centre court every day.”

Djokovic’s fourth-round match against Spain’s Roberto Bautista Agut, in which he lost a set, ended on Wednesday after rain washed out Monday’s play and delayed the start of the tie until Tuesday.

The 11-times grand slam champion, who will be playing for the third day in a row on Friday when he faces Thiem for a place in the final, was barely bothered by either the conditions or his opponent.

Djokovic had won his 10 previous encounters against Berdych and the Czech was never in a position to end the streak on Court Philippe Chatrier. The Serbian won seven games in a row to open a 6-3 3-0 lead before Berdych finally found his range with his booming forehand and broke back hoping to force a tiebreak. The Czech was broken to love, however, in the 12th game as Djokovic took a two-set lead.

In a light drizzle, the supervisor sent the players to the dressing room at 3-3 in the third set, much to the annoyance of Berdych, who felt the conditions had not changed since the start of the tie.”One big circus. (We’ve been playing) two and half sets like that,” Berdych said. A few minutes later, they were back on court and Djokovic won the three remaining games. 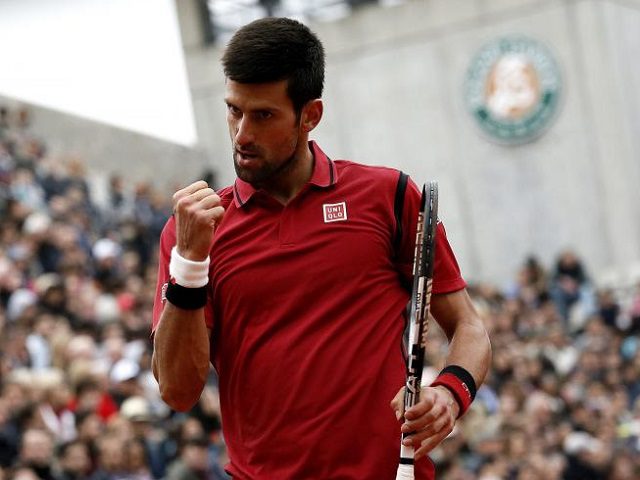