World number one Novak Djokovic will meet second-ranked Andy Murray in a blockbuster final at the Madrid Open after beating Kei Nishikori 6-3 7-6 (4) on Saturday.

Defending champion Murray knocked out home favourite Rafael Nadal in the other semi-final at the Caja Magica, repeating his victory over the Spaniard in last year’s final as he won 7-5 6-4.

Djokovic looked on course for a comfortable win after breaking world number six Nishikori twice in the first set and earning three match points in the second when he was 5-4 up.

The Japanese fought back, saving the three match points and breaking the Serb before forcing the tie break where Djokovic prevailed 7-4.The 11-times grand slam winner beat Murray in straight sets in the Australian Open final in January and Djokovic is excited to be renewing his rivalry with the Scot.

“Andy has improved tremendously on clay and has proved he is definitely one of the best in the world on this surface,” he said.”The rivalry continues and we’ve had so many good finals. I look forward to another one.” 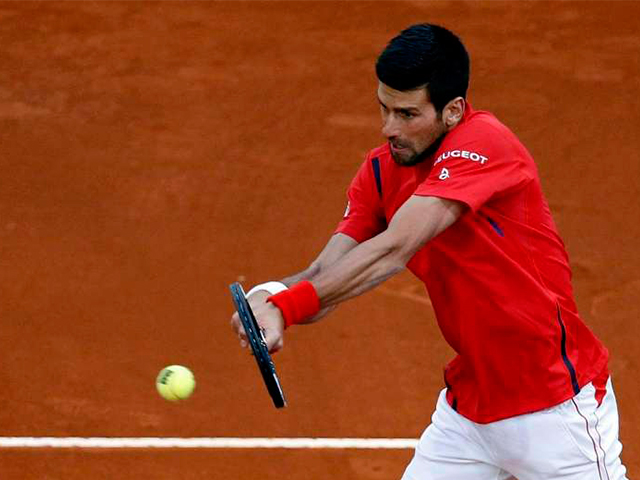