Stan Wawrinka met stiff resistance from American teenager Taylor Fritz before he finally asserted his dominance in a 7-6(4) 6-1 6-7(2) 6-4 first-round victory at Wimbledon on Tuesday.

The Swiss fourth seed was far from his best, with his groundstrokes uncharacteristically erratic, but his fearsome one-handed backhand and experience were enough to see off the 18-year-old making his tournament debut.Wawrinka, who will play Argentina’s Juan Martin Del Potro in the next round, said he and other players needed to get used to grasscourt conditions.”I know if I can start to win few matches, I can be dangerous to go far,” he told reporters.

Fritz, the youngest man in the draw, showed few nerves in the first set as he matched the twice grand slam champion shot-for-shot in a punishing baseline battle on Number One Court.But his confidence seemed to evaporate after he lost the tiebreak. He won just one game in the second set as Wawrinka found his range and bossed the exchanges

.Wawrinka struggled for concentration in a scrappy third set in which he made a string of unforced errors and he lost the tiebreak. Visibly angry with himself, the 31-year-old stepped up his game to close out the match in the fourth.He had encouraging words for Fritz.”He has a big potential,” Wawrinka said. “For sure he is the future of tennis.” 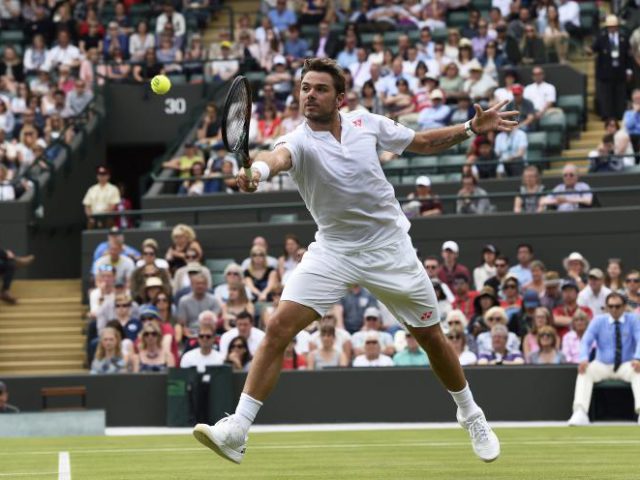