In his third straight appearance in the final on the grass courts of Newport, the 37-year-old Karlovic grabbed his seventh ATP Tour title and at 37 became the oldest winner in the tournament’s history.

In fact, he’s the oldest ATP singles champion since Marty Riessen in 1979.

“After all these years when I was losing in the final and now I was finally able to do it,” Karlovic said. “And I was down a match point. That makes it even nicer.”

Karlovic’s usual monster serve again made the difference. The former world number 44 fired 27 aces and won almost 90 per cent of his first-serve points.

But both he and Muller began the match battling nerves. Karlovic, who had been broken once in Newport heading into the final dropped his first service game.

Muller then held to lead 3-0, but Karlovic broke back to set the course for what would be the first of three tiebreakers.

Neither player mustered a break point in the third set. Muller earned the first match point at 6-5 in the tiebreaker but couldn’t convert.

Muller saved four match points on his own serve, but Karlovic gave himself a fifth chance on his serve and made no mistake — denying the 33-year-old Muller a first career ATP title.

The 33-year-old from Luxembourg is 0-5 in career finals. 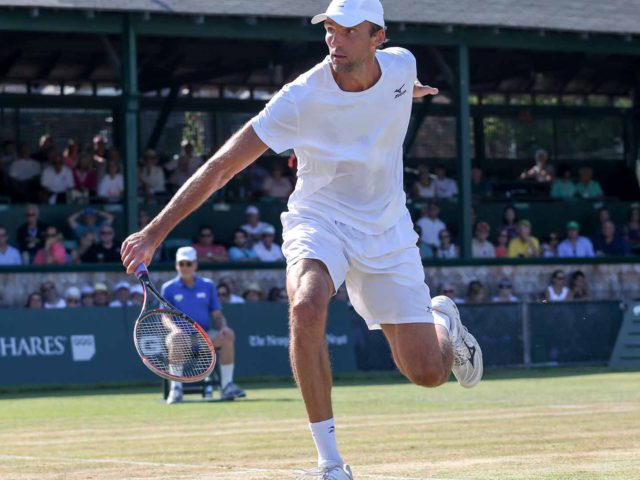