Spain’s Feliciano Lopez claimed his first clay-court title on Sunday with a 6-4, 7-5 victory over Dutchman Robin Haase in the final in Gstaad.

Top seed Lopez, who finished runner-up in Switzerland 10 years ago, broke Haase’s serve in the fifth game as he took the opening set and then fought back from 3-0 down in the second to wrap up a fifth ATP Tour title.

“It’s an amazing feeling, I’ve been waiting 10 years to win this title,” said the 21st-ranked Lopez, who became the sixth Spanish title winner on the ATP circuit this year.

“It’s been a long wait since 2006, but it’s been worth it. This is a very special tournament, with a lot of tradition, where a lot of Spaniards have won in the past. It’s a unique place to play.”

For Haase, the world number 95, it was a second finals defeat in four years in Gstaad having lost the 2013 title decider to Mikhail Youzhny. 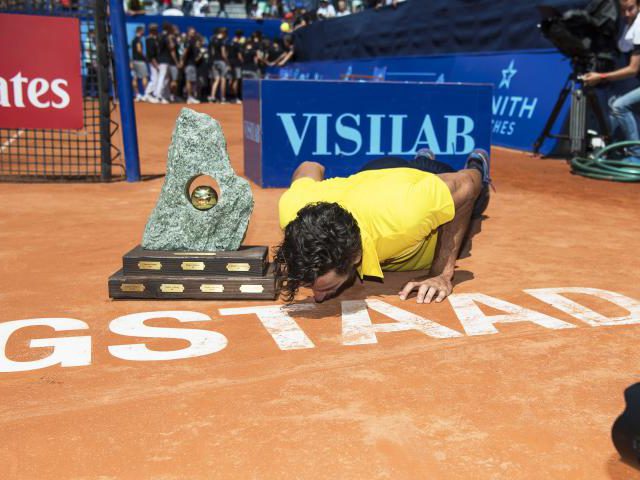