Japan’s Kei Nishikori survived an early scare before he dispatched buccaneering Frenchman Julien Benneteau 4-6 6-4 6-4 6-2 in the Wimbledon second round on Thursday.

The Centre Court crowd scented an upset when Benneteau came out all guns blazing, catching the fifth seed cold with a succession of blistering groundstrokes and artful drop shots.But after losing the first set, Nishikori gradually found his range and asserted his authority, pushing Benneteau back with relentlessly accurate drives on both wings.

With the Duchess of Cornwall and the Duke of Kent watching from the Royal Box, the 26-year-old produced a suitably aristocratic performance to book his place in the third round.There have been concerns surrounding Nishikori’s fitness in recent weeks. He was forced to pull out of the Halle tournament in Germany because of a rib injury and coming into Wimbledon said he was not 100 percent yet.

“It was good. It was no problem today,” Nishikori told reporters. “I’ve been feeling good on grass. Little by little I’m getting more confidence.”My goal is to go to the quarter-final. That’s my first goal.”Benneteau, 34, might be encouraged by the fact he stretched one of the game’s elite players in the early stages of the match. He has sought to revive his career after a hernia injury and surgery ruled him out for much of last season and his ranking plunged from 25 to 547. 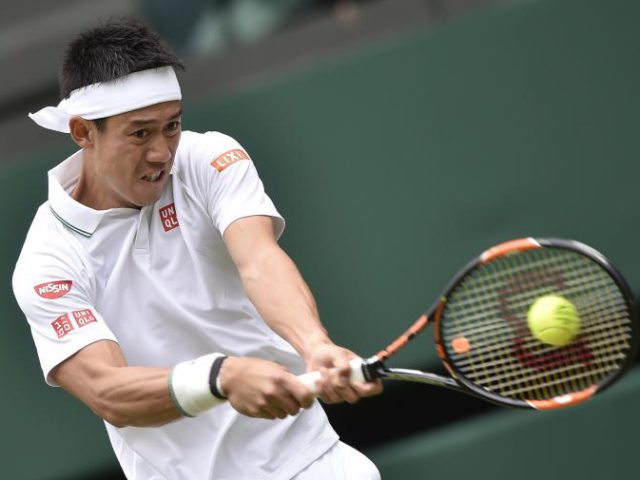