Second seed Andy Murray showed no mercy to fellow Britain Liam Broady as he launched his Wimbledon challenge with a straightforward 6-2 6-3 6-4 victory on Tuesday.

The day after British qualifier Marcus Willis, the world number 772, made the front and back pages by reaching the second round, 235th-ranked Broady was given the Centre Court spotlight but played a subservient role as Murray gave a masterclass.Murray, the 2013 champion, had not faced a fellow Britain in 56 previous Wimbledon matches while two home players had not squared off at the All England Club for 15 years.

The 29-year-old admitted beforehand that it had felt “weird” but it was business as usual once play began as he broke twice to pocket the opening set in 25 minutes.Broady, still sporting the beard that caused a stir when he won a round last year, contributed to some eye-catching rallies but landed few telling blows as Murray raced away.

Murray did not have things all his own way in the third set but as dark clouds closed in, he was clearly keen to finish the match off and he did so with a cute dropshot.”I hit the ball pretty clean today. I think offensively I was good. Felt like I could have moved a little bit better. I didn’t defend as well as usual,” Murray, who has never lost to a player ranked lower than Broady, told reporters.”For a first match, to get it done in three sets is good.”

Murray’s next opponent, Lu Yen-hsun of Taiwan, might be a little tougher, according to the Scot.”He’s played the three grasscourt challengers in the buildup. He’s won two of them and lost in the final of one,” Murray warned. “He’s made the quarters at this event before, beat (Andy) Roddick once. He plays well on the grass.” 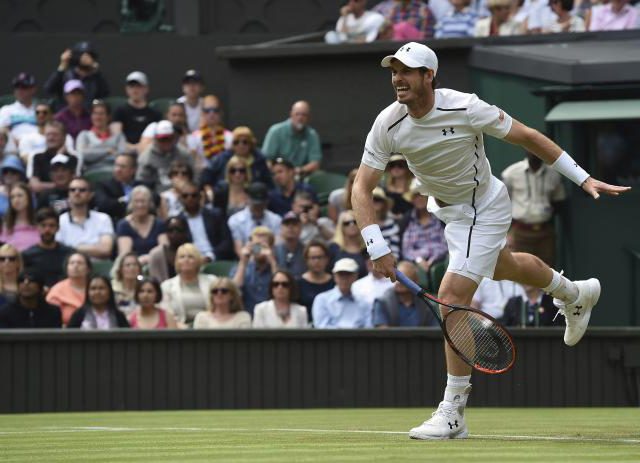