Vesely leads the H2H 1-0 against the number one in the world thanks to his victory in the second round of the last edition of Monte Carlo, 6-4 2-6 6-4, in what was the greatest surprise of the tournament.

The Serbian has had to face two hard disappointments in the past months. First, the defeat in the third round of Wimbledon against Sam Querrey and then his elimination from the Olympic tennis tournament at the hands of Juan Martin del Potro. In between, he got the Toronto Masters title, the 30th of his career, absolute record of titles in tournaments in this category.

The Serbian has an impressive record against players ranked 45th or higher in the ATP ranking (Vesely is 49th). Since Queen’s 2010, when he lost in the third round against Malisse, Djokovic has got 126 wins by only two defeats, mentioned before against Vesely in Monte Carlo and the also referred against Del Potro – a player of a very superior level to his current ranking – in the first round of the Olympic tournament of Rio.

Nor does it seem much trouble Djokovic when he has to play against left-handed opponents. Since 2011 he only has lost with three players: Vesely in Monte Carlo, Feliciano Lopez in Dubai this same year, when he had the eye´s problem and Nadal who has beaten him 7 times. 9 total defeats facing left-handed in the last 6 seasons by 51 victories, 19 of them over Rafa Nadal. Not seems, then, the Serbian be affected by left-handed condition.

On the other hand Vesely, one of the most promising young of the circuit, is performing a season with quite a few ups and downs, being the second round at Wimbledon his best result, where he was close to beat Berdych and sneak into quarter finals. His record this season is 18 wins and 20 losses.  The Czech defends third round at the US Open.

Surely Djokovic will try to take the revenge of the defeat in Monte Carlo. Although his first match against Jancowicz has not been all positive which could be expected – he even lost the second set – it was to be hope a remarkable improvement in his performance to show everyone t he is still the King of world tennis. For his part, Vesely had many difficulties to beat the Indian Myneni and do not seem he is going to be able to stand up to Djokovic. The victory of Djokovic by 3-0 is paid 1,53 , it is a true value according to our probability generator and we believe that it is a quite interesting bet. 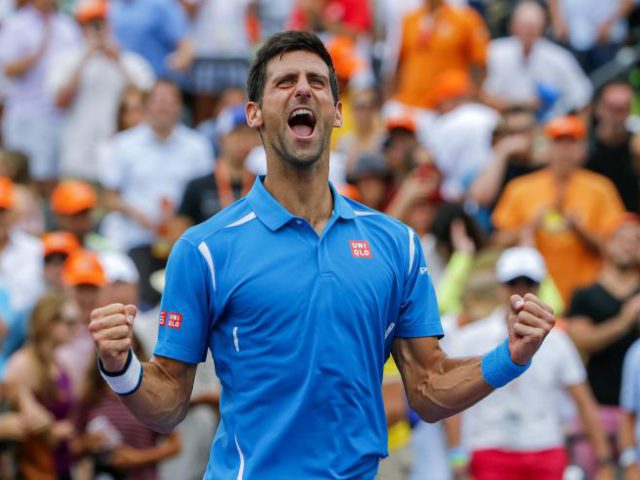