A unique showdown between these two compatriots, last year in the Australian Open´s first round, with victory to Monfils in a very tough match in which he had to come from behind two sets down, 6-7 3-6 6-4 6-1 6-4.

Both French players come in a great time at this match. Pouille is making a fantastic progression in a season in which he started as 78 in the ATP list and now he has climbed up to the number 25 and rising. After this tournament he will be at least top-20. 27 wins and 17 losses and quite a few numbers of important results: semi-finals in Rome and quarterfinals in Wimbledon, round he has already reached in this US Open. The great victory achieved against Nadal in eighth finals, first facing a top-5, is undoubtedly the best of his career.

Monfils has a great balance in 2016 with 39 wins and 11 losses, 78% of effectiveness that placed him as fifth player with better winning percentage after Djokovic, Murray, Raonic and Nishikori. Never before the French had been in these figures; his best record so far is 70,59% (36-15) which he got in 2014. Also, he is in a great time, he has won 18 of his last 20 matches.

Monfils has collected a great numbers of good results: quarterfinals in Australia, final in Rotterdam, quarterfinals in Indian Wells and Miami, final in Monte Carlo, semi-finals in Toronto, quarterfinals in the Olympic tournament in Rio and these quarterfinals of the US Open, where he has already equalled his best result achieved in 2010 and 2014. He has been able to beat his curse on finals also, defeating on Washington to Karlovic after saving a match point to finally clinch his first ATP 500 title after 7 finals lost. Monfils has had little luck on finals, only 6 titles after 25 attempts.

Monfils is together with Del Potro, the only player in this U.S. Open who has not yet lost a set. The number 12 in the world has defeated in consecutive sets to Müller, Satral, Almagro and Baghdatis. His statistics in the tournament are fantastic: fourth in percentage of service points won (69,41%) and 11th in percentage of return points won (43,25%). He has converted 21 breaks and has received 6.

Pouille´s tournament has not been so comfortable. He overturned a 0-1 down against Kukushkin in first round, a 0-2 facing Chiudinelli in his next match and in third round he also had to come from behind a 1-2 down with Bautista. Finally, in eighth finals, he overturned a 4-2 down in the last set against Nadal. Pouille has played 17 of the possible 18 sets to show up in this round with 12 hours and 52 minutes on court.

Although Pouille is a player in steady progress, there is no doubt that the favourite to win because his experience and his great form is Monfils. The overtime (5 hours) spending by Pouille on court is a factor that can be decisive; because there is no doubt he comes very fatigued to this match. In any case, bearing in mind the great moment of form and the Pouille´s fight spirit is not crazy to think he could be the first player able to steal a set to Monfils. The quota with which is paid the set of the number 25 in the world, 1.73, is in the limit of the value and can be attractive. 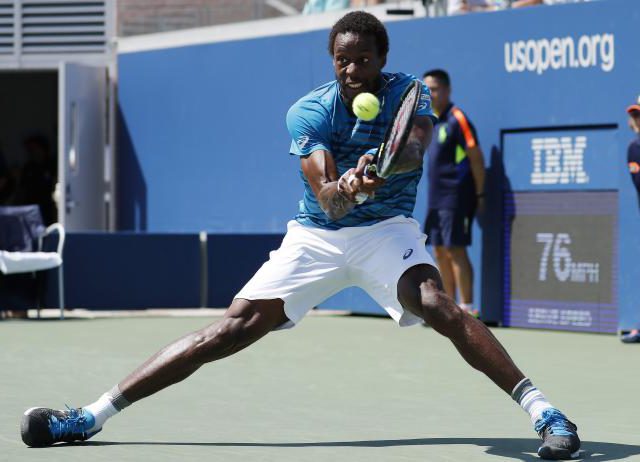