Finalist in Canada and Olympic bronze medal, the Japanese Nishikori is going through a great moment. Fourth in the Race, after Djokovic, Murray and Raonic, the Japanese is doing a great season with 49 wins and 14 losses and a good handful of importants results which show that the Japanese has reached a great regularity. Of his 14 losses, 9 have been facing Djokovic (5), Nadal (2), and Murray (2). Nishikori hardly lose with lower ranking players.

Facing Kei a reborn Ivo Karlovic who seems to be living a second youth. 37-year-old Croatian is completing an incredible weeks, with titles on Newport and Los Cabos, finalist in Washington, where he had match point against Monfils, third round in Toronto and these eighth finals in New York, his best result ever in this tournament after 13 entries. His season´s balance is 25 wins and 16 losses, divided into two sections; the first from beginning of season to Wimbledon with 8 victories and 13 defeats, after beginning the year with 6 consecutive losses. In the second part, since Newport, he has an impressive record of 17 wins and 3 losses.  It is not surprising that the Croatian has risen 15 ATP positions, to 23, in recent weeks.

Karlovic´s serve is on fire. He scored 61 aces facing Lu in first round – absolute record in a US Open match – for a total of 99 in the tournament, just one behind Isner who has scored 100. The Croat leads the table of %serve points won (74,21%). He has only lost two games at serve in the tournament (against Lu and Donaldson) and has only faced 12 break points. With a score of 96,92% service games won, he has the best percentage of the tournament also in this classification.

Another aspect which explains these latest results is the performance he is showing in tie-breaks. He has won 17 of his last 21, a stratospheric 81% which is even more incredible since Karlovic is not a real expert in that part of the game despite the incredible number of tiebreakers he has played, his balance is 329 won and 320 lost. Which means that this strake of + 17 in the past two months has given him over 50%.

The head-to-head between these two players is 2-1 to the Croatian who won in the Davis Cup 2012 and on Delray Beach 2013. Nishikori won the latest clash in Memphis 2014. The three matches were played on hard surface. An additional concern for the Japanese is that in matches played between them Karlovic has managed even to improve his percentage of service points won: 73.1% with the Japanese against an average in his career of 72,49%.

Despite his superiority in the ranking and his status of finalist at the US Open, Nishikori, a player much more complete than the Croatian, however may have serious problems if the Croatian serve as he has done these weeks. It is very likely that the tiebreaks decide the match. Nishikori comes playing them very well this season with 13 won and 8 lost, but that mark gets small before the 17-4 scored by Karlovic in recent weeks. In favour of the Japanese is the fact that Karlovic just has played one match against a top-10 in the season (he was defeated by Murray in three consecutive set at Roland Garros) and Karlovic can tell the difference of level. In any case, the bookmakers punished, as they often do, Karlovic´s options and, in our opinion, with a quota of 4,50, the value is on the Croatian side. 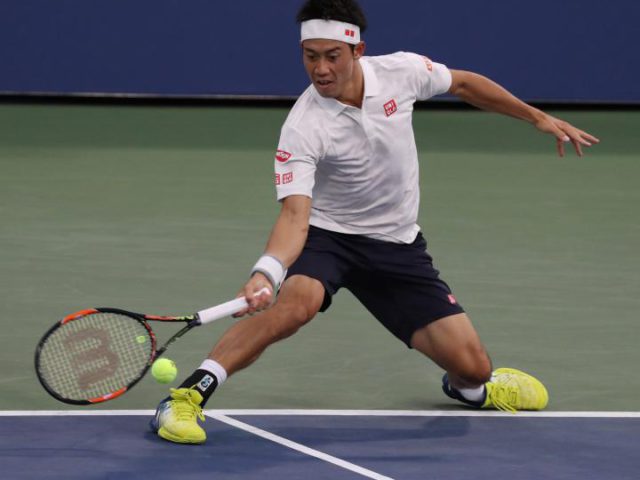