Both players come in a very good moment to this third round of the US Open. The Austrian Thiem, the sensation of the year, shows up in this US Open with 4 titles (Buenos Aires, Acapulco, Nice and Stuttgart) and a balance of 51 wins and 16 losses. With 67 matches played, he is the player with the highest activity of the ATP tour.

For his part, the Spanish Carreno-Busta, after falling eliminated at the finals of Sao Paulo and Estoril, has won his first ATP title last week in Winston-Salem, on hard surface. Something unexpected since his best results always has been on clay where he is a skilled specialist.

Carreno holds a balance this season of 33 wins and 20 losses. In the American season on hard surface his records is 10 wins and 2 losses and he has now gone 7 matches without defeat, including a stunning comeback to Tipsarevic in the second round, when he was losing 0-2.

The Austrian leads 2 – 0 the h2h, with victories in Gstaad last year and in Buenos Aires this same season; on both occasions the Spanish managed to win a set to Thiem. There is also a precedent in the challenger circuit, at Como 2013, Carreno won that match 6-2 5-7 6-0. So the Spanish has already gotten a taste victory facing the genius Austrian.

The both players career at Grand Slam tournaments is still short. For Thiem this is his 12th participation in a Grand Slam and only the third at US Open. Roland Garros´s semi-finals this year are his best result. In New York he got reach to quarters finals in the year of his debut (2014) and this year he has already equalled the third round achieved last year.

Carreno is playing here his 14th main draw at a Grand Slam. His best result is a third round at US Open 2014. It is curious that a highly specialized on clay player, is getting his best results on hard surface.

What Carreno have not yet achieved is beating a top-10. 10 matches and 10 losses with only two sets won, two bagels and six 1-6 received. It seems that is being hard for him manage the matches against the best tennis player in the world. Maybe today he could make this step forward.

Although the favourite is Thiem, the time is very favourable for the Spanish whose confidence levels should be at his maximum. However, the Austrian seems to have lost something of energy and since Wimbledon he holds a balance of 4 wins and 4 losses. He had serious problems with Millman in the first round and against Berankis, although he won in consecutive sets, he did not leave the impression of strength that was expected of him. We think that the match can be very tight and a handicap of sets or games to Carreno might be a good choice, without ruling out that the Spanish could spring a surprise. 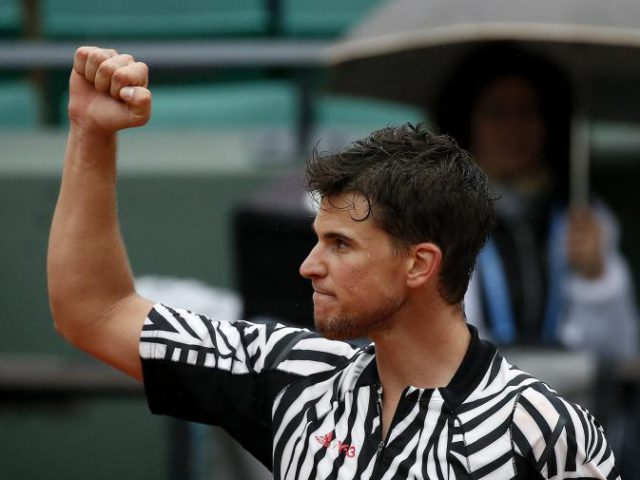