Andy Murray produced the kind of imperious form that has propelled him into two grand slam finals this year as he beat Taiwan’s Lu Yen-hsun 6-3 6-2 6-1 in the Wimbledon second round on Thursday.

Lu, the son of a chicken farmer, ruffled a few feathers on Centre Court when he jumped out to a 2-0 lead before extending it to 3-1 in the opening set.However, once Murray had levelled for 3-3, it did not take him long to clip his rival’s wings.From 3-2 up in the second set, Murray won seven games on the trot as Lu struggled to find a way to keep pace with Murray’s potent groundstrokes.A Lu double fault on match point allowed Murray to hurry off court for a royal audience with Camilla, the Duchess of Cornwall.

After huffing and puffing his way through five-setters in the first two rounds of the French Open, Murray was relieved that his start to the grasscourt major was much more serene.Six sets contested, six sets won.”It’s always difficult to know how close you are to being your best. But I was hitting the ball clean. I was happy with how I played,” said the world number two, who will next face Australian John Millman.Lu, affectionately known as Rendy on the tour, had handed Murray a chastening defeat in the first round of the 2008 Beijing Olympics.Since then, however, the man who beat Andy Roddick to reach the 2010 Wimbledon quarter-finals has failed to win a set against the Scot in four subsequent meetings.

On a comeback trail after being out of action for four months having undergone right elbow surgery in January, Lu had come into the match on an 11-match winning streak on grass after claiming two Challenger titles in the run up to Wimbledon.But despite the promising start against Murray, his luck quickly ran out.”I finished the match really well. Hopefully I start the next match like I finished this one. Yeah, keep it going,” said Murray, who turned up for his royal appointment having shaved off the scruffy stubble he had sported during his first-round match. 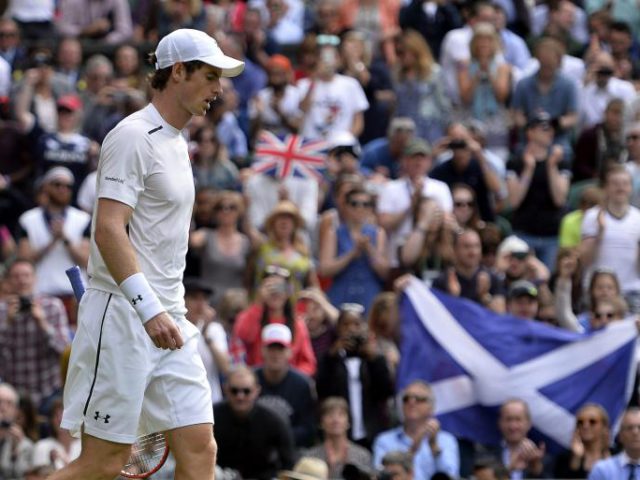