Rafael Nadal maintained his ominous claycourt form by seizing back the Barcelona Open title from Kei Nishikori with a 6-4 7-5 victory on Sunday, matching Guillermo Vilas’s record title haul on the surface.

A week after reclaiming the Monte Carlo crown, the 29-year-old Spaniard returned to another of his favourite hunting grounds to end Nishikori’s two-year hold on the trophy and take his tally in the Catalan capital to nine.

Playing with the kind of authority that once made him almost unplayable on European clay, Nadal looked poised for a comfortable victory until Nishikori broke back in the second set to make Nadal dig deep.

He would not be denied, though, sealing victory after two hours when Nishikori slapped a forehand into the net.Nadal, who will target a 10th French Open title next month, had not won back-to-back titles since 2013.

He and former Argentine great Vilas have both won 49 claycourt titles and Nadal will be confident of edging ahead when he moves on to Madrid and Rome before Roland Garros. 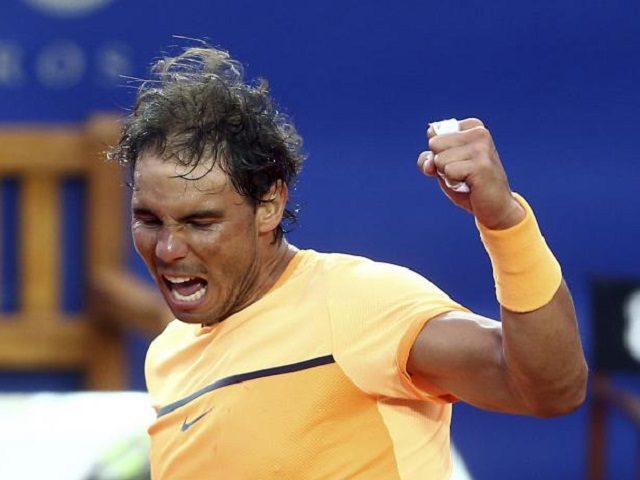