In general, I don’t make predictions, it seems to me more logical to analyse how is the circuit, how it comes in the last few months and try to figure it outwho is in better form. Nobody will discover anything if says that Nadal is always a candidate to win in Paris. His records in the tournament are out of the question. He won in Monte Carlo and Barcelona and he did not play badly in Madrid and Rome. He found himself with much of his power. He never is influenced by external opinions and never hears advices outside his team, which is a great virtue. He has a very good work environment which helps him under all circumstances. His team is very qualified supporting him and solving problems. Rafa played many times with pain and he went on to break fear. He went too far feeling the pain. Why? Because giving up is not in his genetics. That is why he has achieved so many successes and he did not think about changing something that has been worked before even when he was not winning.

His instinct enabled him to dodge the bullets like in a war. Why did he throw himself to that side to reach the ball? Nobody can know it, it is just the way it is, he was pushed by his instinct. Thanks to his inner strength he was able to overcome hard times and today he can be another sign of his strength. I did something similar: I absorbed every minimum factor that could get me out of a painful state. I fell dawn many times and then I got back up again so at the end I learned how to handle it. Nadal is ready to win everything and all his rivals know that. It’s really admirable.

At all times, the in force champions always were the favourites in the big tournaments, not in vain they were the champions in his time. They created the way to adapt to each court. The conditions that strengthen Nadal are given at Roland Garros. Whatever happens, he copes very well. I have no reason to think he cannot win again there. 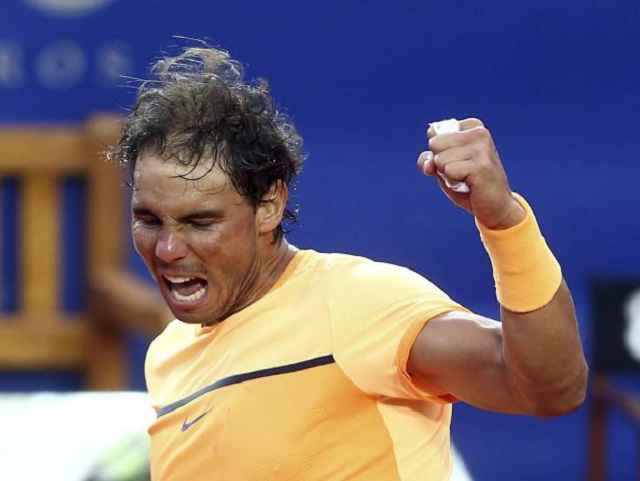 Regarding his recent victories, many people ask me if I get bad seeing that some of my records are overcome, as the titles on clay which Nadal matched. Whenever an athlete loses a record is painful, because get left behind much personal effort that already it is not reflected at the top, the only place which is important for the people. But I also feel that it is the tennis evolution and we cannot alter it. Somehow, it keeps us in force because who achieved it before is reminded. I cannot detract from anyone, quite the opposite, is commendable.

During my career I had obstacles that were not in my power to overcome, maybe they could put me in another level, I don’t know. For example, when I lost against the double string racket, immediately banned, and it cut a streak of 53 consecutive matches won. That was really ridiculous, because it wasn’t something equal for everyone. I am not agreeing also with changing rules which violate things that were achieved in a fair way at other times. I love records because they take me to remember everything I ran, long matches, the times that I got over to unfair decisions…  Holding a record so many years is very emotional, and if someone take it away in an honest way, is just. You can’t always get what you want.

I read also that one of the records, matches won on clay, never will be beaten. And, the truth, I cannot say it, the players are overcome and also records. I know that today players are not very close to that, but I’m not guarding my records every day… When I started playing there were subjects not defined, there were legal voids in the regulation… At Roland Garros, one year they made us play Manuel Orantes and me at night, with a few small lights, almost in darkness. It was not normal to play at night in Paris, but they did. So glimmer shattered me eyes; I saw bad at night. But this was done and I lost. Was it possible that it happened? I had to handle all these problems.

Other time, also in France, a match against Harold Solomon was scheduled before opening the club to the public: as we play lengthy matches, they preferred to start earlier, without people… It was not easy to understand tennis and those unexpected things could be prejudicial for the record of any player. Be leading a statistic is nice, there are things that remain in the heart, and they do well to ego. It is logical that I don´t want to lose records: you do not want to lose it because it makes you to be remembered. Like everyone else, I worked to last and, on some issues, I did it. I do not hit my head against the wall: I gave everything and today I live relaxed because I have no way to turn anything!

Back to candidates for this Roland Garros edition, it is impossible to rule out Djokovic. It seem like he needs that title to consolidate – although I think it is obvious that there is no need – his dominant status in the circuit. I saw him a little overwhelmed in Rome, but it is normal. He will be back gradually; he doesn’t need to play like crazy. His face always reveals his desire to get out of the problems: “This is me now, but then you will see what I have”, seems to say.

Murray played well the last tournaments on clay;  he already had good feelings in Monte Carlo against Nadal, then he approached a little more in Madrid where he found a solution for the Spanish defence and he triumphed in Rome, with another demonstration of how he progressed week by week in those courts. He is a candidate, but I see him nervous. That’s not bad, because it shows that he is attentive, but he can be damaged because of the surface, battles on clay can wear down his body.

Roland Garros is a tough tournament, which wears you out and leads you to physical and mental limits and sometimes energy cannot be dose. You can face a very complicated rival in first round, another in round of 16 and, if they are able to go through semi-finals, many of them are already exhausted because of one or two previous matches were too hard. That´s happened to me when I had to face Solomon, a player that everyone wanted to avoid because he took us to the limit of the effort: up to quarter-final he always was a complicated rival due to his style of play, and the one who faced him, knew that he had to be running two or three hours non-stop.

Finally, we will see if Wawrinka can defend the title, but he is not playing very well, he looks more vulnerable than last year, but everything can change from one day to the other at this high level and with his talent. There are many capable. Tennis is heated with new players that can surprise, although maybe it is premature to think that any of the new breed is able to get the title. It is not impossible, but perhaps they need more time to mature. I get the feeling that someone could go off this week and becoming a great expectation for the future. I also would like that some French can present a good fight until the last days. It is a shame that Monfils cannot play, but hopefully happen, because it is being a while since a French player gets into the finals rounds and it would be nice to see it: the history of the French tournament needs it. 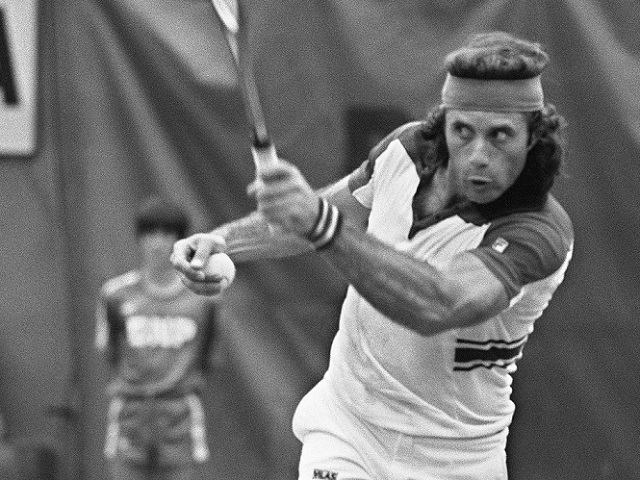