Novak Djokovic’s hopes of a calendar year grand slam were hanging by a thread as he slipped two sets down to big-serving American Sam Querrey before rain stopped their Wimbledon third- round clash on Friday.

On an infuriating day of rain delays, world number one Djokovic had to wait until nearly 7pm local time to walk out on Court One and little more than an hour later he walked off trailing 7-6(6) 6-1 to the 28th seed.Having lost the opening set on a tiebreak the 29-year-old Serb, who is on a 30-match winning streak in grand slams, looked all at sea in the second as Querrey took it in 22 minutes.

At that point a heavy rain shower sent the players scuttling off court and play was called off shortly afterwards.Defending champion Djokovic will return on Saturday hoping to repeat his comeback from two sets down against Kevin Anderson in last year’s fourth round, a match that also spanned two days. 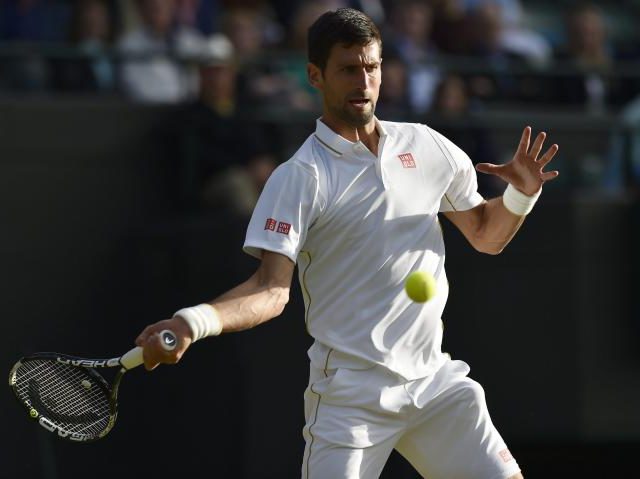