The impressive forehand of Rafael Nadal flew over the line to land on the right corner of an exhausted Gael Monfils, finalising with that last bounce the final of the Masters 1000 tournament in Monte Carlo, 7-5 5-7 6-0. On the other side of the court, Nadal fell to his knees and kissed the clay, his clay, of the court Rainier III of the legendary Country Club.

It was his ninth title in the Principality, his 28th Masters 1000, the 48th got on clay, the 68th of his career in his 100th final. A dizzying record, but Nadal and his team, celebrate it with so much emotion and poignantly – there were also tears – as if it were the first.

And in a certain sense this great triumph of Rafa is certainly the first; the first after the worst longest streak of play and results in his career, the first after being buried and given by bygone his career as candidate for the majors.

But Nadal always comes back. He did so in 2010, to regain the number 1 in the world, after a 2009 marked by injuries and personal problems. As he did it in 2013 to displace Novak Djokovic after spending six months away from the competition. Now, when least expected it, he gets this great triumph on clay, the surface of which he is undisputed monarch and so often has been balmy in his career. A revival that belies everyone, including maybe, himself.

Monte Carlo´s tournament marks the return to the foreground of Nadal, not only by the value of the title itself – huge, by the way – but also for the exhibited game and the great difficulty of rivals he has found, Thiem, Wawrinka, Murray and Monfils in one of the best moments of his career. All of them, except Wawrinka, lost again in his own demons, put Nadal in serious difficulty. But Nadal has recovered in Monegasque lands his hallmarks: patience, confidence, consistency and a physical condition that Monfils can attest, whom, exhausted in the third set, had to attend to the deployment of Rafa, much more powerful after the first two sets.

With this ninth title in Monte Carlo, Nadal is just one title behind of the historical record of 49 titles on clay hold by Guillermo Vilas. He equals Djokovic in Masters 1000 titles, tied with Federer in number of finals, 42, and he stays just a few hundredths behind of recovering the record for best winning percentage in tournaments of this category, 82,54% for the Serbian, 82.49% for Nadal. Wins highest % Masters 1000 Most ATP titles on clay

The other big star of this 109th edition of the tournament in Monte Carlo was Gael Monfils. The French is doing a great season, with outstanding results in all tournaments which allows him to ranked fifth in the ATP Race. Monfils is showing a greater maturity in his game, always spectacular, and it seems that injuries are giving him a truce. He is also having good luck with the draws; up to 14 times the seed that theoretically would have to play against him have been ousted before facing him. In Australia, Monfils eluded Anderson, Nadal and Wawrinka. In Rotterdam Simon, Cilic and Goffin; In Indian Wells Kyrgios, Murray and Berdych; In Miami he evaded Murray at the round of 16 and finally in Montecarlo he has avoided Djokovic, Goffin, Federer and Murray.

Be that as it may, Monfils is taking advantage of the situation based on a great game and a new fighting spirit. The statistics he has signed in Monte Carlo are spectacular: leader in percentage of total return points won and a record for the memory of 29 breaks in 57 return games played for an exceptional mark of 50,88%. Monte Carlo 2016 stats

Even with Nadal, where precedents were very negative – the head to head between them was 2-11 with a 0-4 on clay courts, without having won a set and with only three breaks won- the French knew overcome statistics taking forward the second set and scoring five breaks to the Spanish. What he could not do was get the victory and he did not improve his disastrous series at finals – 24 finals played, 5 wins and 19 losses – but he showed that he can be one of the main protagonists of this season. Nadal-Monfils H2H analysis

Other landmarks in the tournament were the early elimination of Tomas Berdych – runner-up the previous year – and, above all, the defeat of Novak Djokovic at the hands of Jiri Vesely, which has been the biggest surprise of the season. The Serbian, probably exhausted physically and psychologically, summed it up concisely: “I need a holiday”.

Dominic Thiem showed that he is just a point of maturity away to aspire to anything, including Roland Garros. Andy Murray could finally focus on his game. Roger Federer was happy with his performance on his back to competition. Jo-Wilfred Tsonga made it clear once again he is able to do the best and the worst. Fernando Verdasco lost again after wasting a match point and Damir Dzumhur remains in the cloud he rides in Miami.

The European clay season has only started. The Godo takes place this week, with Nadal aiming to set another “9” in his track record, and Bucharest. While the tennis world yearns for the ultimate showdown on clay, Nadal and Djokovic face to face. Madrid, Rome and Paris are waiting. 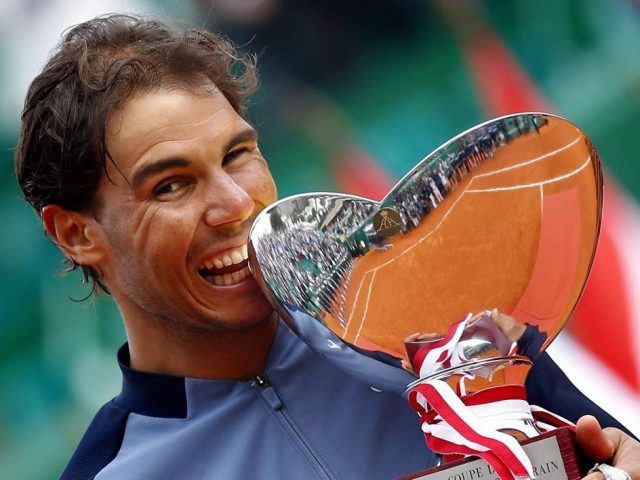