The North-American Steve Johnson opened up his record of ATP titles after defeating the Uruguayan Pablo Cuevas for 7-6(5) 7-5 in the final of the ATP 250 of Nottingham, last tournament played on grass before the great date of Wimbledon.

It was the second final for the American who was defeated last year in the ATP 500 of Vienna by David Ferrer. A great achievement for Johnson who turns the third player to unveil his record of ATP titles this season after Nick Kyrgios, who won his first title in Marseille last February, and Diego Schwartzman who did the same in the tournament of Istanbul in May. 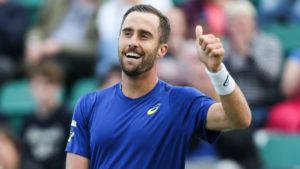 Very prominent was as wellthe performance done by Cuevas. The Uruguayan, a specialist on clay, had only appeared before on 5 tournaments played on grass and his record on this surface was of two victories and five losses, being his best result the round of 16 reached on this same tournament last year. However, Cuevas showed that he can play at a high level over grass, as some of his victories as an underdog show against Marco Baghdatis and, especially, against a specialist as Gilles Muller who came on a great winning strike-8 victories on grass out of 10 games played- to the semi-finals that played against the Uruguayan. Pablo Cuevas grass activity

Precisely, was Muller who lead the statistics of aces of the tournament with 71, followed by Cuevas who´s 65 aces are his best record all time on a tournament. Nottingham 2016 stats 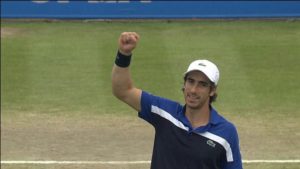 Whilst the tournament of Nottingham was being disputed, some of the top-world players were starting to heat up in exhibitions: Djokovic, Goffin, Isner, Del Potro, Zverev and others played on The Boodles, where the world´s number one was defeated by David Goffin(6-3, 7-5) and then decided to retire from the tournament due to schedule problems. The Serbian will play his first game on Wimbledon, against the local player James Ward, without having played a single official match on grass this season.

Federer and Murray rested this week. But while the chances of the British on Wimbledon have increased after his convincing victory in Queen´s, the case of the Swiss is full of uncertainty and even there were rumours about a possibility of Federer retiring. These aren´t good times for Federer who is being hardly punished this year by injuries as never before they had done so. With only two months to go for him to turn 35 years old, it looks like that the continuity of the Swiss on the competition go through overcome definitely his back problems and return to be competitive. And everyone knows which two events are the ones the Swiss is whiling to play this season: Wimbledon and the Olympics of Rio. 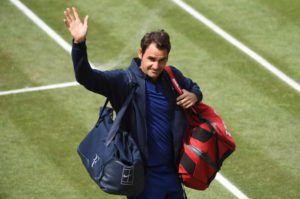 Wimbledon´s draw was sorted on Friday. On the side of the Serbian, apart from Federer who he would face with on Semi-finals, there are some players that have made him suffer the most on Grand Slams on the last years, as Kevin Anderson, who he could face with in the Quarter-finals who last year started winning 2-0, forcing the Serbian to an amazing comeback. Or as well Gilles Simon, although he could only face against him on semi-finals, if he defeats Federer, who also took Djokovic to the fifth set on Australia this year. Other threats for the Serbian are Sam Querrey, although the American is a long way away of his best version, Nicolas Mahut, always a challenging player over grass, David Goffin and Milos Raonic. For the semis, apart from Federer and Simon, the principal threats are Kei Nishikori, Gilles Muller, Gael Monfils, Marin Cilic and the unpredictable Ivo Karlovic, a name who no one likes to see on their horizon.

On the other side of the draw, the favourite is Andy Murray who has a lot of specialist servers in his way. For the round of 16, Nick Kyrgios, Feliciano Lopez and Dustin Brown are his biggest threats. On the Quarter-finals he could face against Jo-Wilfried Tsonga, Richard Gasquet or John Isner and for the semi-finals, apart from the favourite to reach this round, Stan Wawrinka, he could face up against Dominic Thiem, one of the surprises so far of the season, Alexander Zverev, Tomas Berdych and Bernard Tomic, not forgetting Juan Martin del Potro who faces Wawrinka on the second round.

The oldest and most prestigious tournament of the world starts on Monday and everything is ready for it. Djokovic against everyone, has the objective to win his fifth consecutive Grand Slam, threatening Budge´s record and continue to aspire to that Golden Slam which will place him even higher on the Olympus of all time tennis. Wimbledon table of records 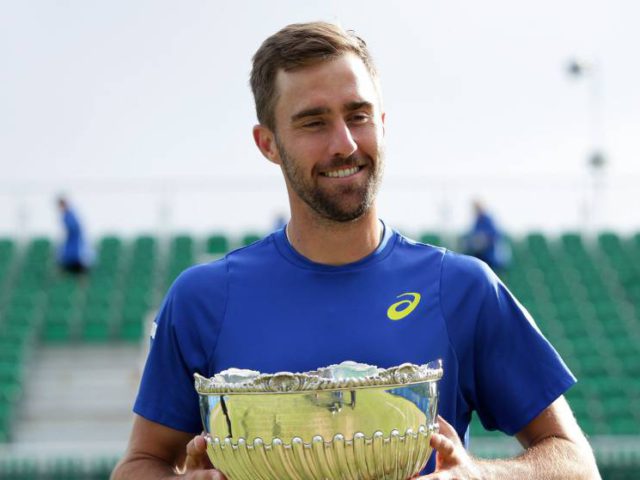