Andy Murray celebrated his 29th birthday in style. A stunning backhand, executed almost from the stands, closed the Masters 1000 tournament final in Rome, defeating world number one, the Serbian Novak Djokovic, by the score of 6-3 6-3. It is the first title of the year for the Scot and his 12th in Masters 1000 with what he overcomes Pete Sampras in number of victories in tournaments of this category. The Scottish has played the final of all Masters 1000 tournament in the current ATP calendar with the sole exception of Monte Carlo. Only Federer, Nadal and Djokovic surpass him in this section. Most titles Masters1000 Most single finals Masters1000

Murray had a smoothly tournament where only David Goffin get him in trouble in the second set of his quarter-final match. The Scot did not miss a single set and he won the tournament losing only 25 games, matching the record for victory in the tournament with fewer games lost which Marcelo Ríos held since 1998. Italian Open records

He showed again -as we mentioned last week- the remarkable improvement on his service. He led the classification of aces in the tournament with 27 and he won a 70,12% of total service points. In addition, he led the table of return points won with an impressive 49.14%. Figures that confirm the great moment of the Scottish. Italian Open 2016 stats

In contrast, Djokovic had to battle it out to the maximum in every match. Already in the second round the French Stephane Robert put him in trouble, beating the Serb by a tight 7-5 7-5. Then, Thomaz Bellucci surprised to local and visitors scoring a 6-0 to number one in the first set of the round of 16, the tenth bagel that receives Djokovic in his entire career, last one against Federer at the final of Cincinnati 2012. Curiously, the Serbian ended up winning six of the ten matches in which he received a 6-0.

In quarters and semifinals, Djokovic fought two great battles, against Nadal and Nishikori respectively, which have probably been two of the best matches of the season. As a result, the Serbian arrived to the final with 8 hours and 29 minutes on court, by the 5 hours and 14 minutes that required the Scottish. Murray took the circumstance perfectly to dominate the final with absolute superiority.

The most spectacular Djokovic streak was cut short. He sets at 10 the number of consecutive finals won and his series of victories against top-10 stays finally at 17, surpassing the two best of Bjorn Borg, and staying as second mark in ATP history, 7 victories away from the 24 achieved by Federer since 2003 Masters until Marat Safin defeated him at semifinals of the Australia Open 2005. Although, to keep in practice, he reached a new record matching the 42 finals in Masters 1000 tournaments held by Federer and Nadal. Wins streak vs. top-10 Most finals Masters1000

Face to Roland Garros, Djokovic, Nadal and Murray have reasons to be optimistic. The world number one ends the clay tour with the title of Madrid and a balance of 9 wins and two losses. Along the way he has defeated Raonic, Nishikori twice, and Nadal, and he has a balance of 1-1 with Murray. The Scot ends with the title of Rome, Madrid final and the semifinal in Monte Carlo; he has won 12 matches and has lost two, tied to one with Nadal and Djokovic. As for Rafa Nadal, he goes into the Roland Garros with the titles of Monte Carlo and Barcelona, 15 wins and two losses and the impression that against Murray and Djokovic he had chances of winning. The three are indisputable candidates for the Paris´s throne.

Stan Wawrinka closed an unfortunate clay tour with an unexpected defeat by the hands of Juan Monaco. The Swiss only has been able to win three matches in the three Masters 1000 and he does not seem to be at his best to face the defence of his title in Paris.

On the other hand, Kei Nishikori showed again his excellent form and confirms his position of “fourth man” capable of giving an annoyance to anyone. The Japanese closes his tour with 10 wins and three losses, two against Djokovic and one with Nadal, and although he could not defeat any of the big players, in his semifinal of last Saturday with the number one showed he is not so far. The Japanese saved 25 of 30 break points in the tournament – 12 of 14 against Djokovic – and he is each time a tough nut to crack. Let us hope that this time the injuries do not frustrate the good moment which the No. 6 in the world is going through. Italian Open 2016 stats (II)

Lucas Pouille lost his qualy match against Mikhail Kukushkin, but the Jo-Wilfred Tsonga´s withdrawal got him again in the tournament as “lucky loser”. The French took the opportunity that presented him: he beat Gulbis, Ferrer – for second time this season – and he went onto semifinals without playing against Monaco. That is how he got his best result of his career. Only Thomas Johansson in Toronto 2004, had previously reached to semifinals in a M1000 as “lucky loser”. The young French is performing a great season in which looks like everything´s coming up him. He started the season as world number 78 and he will appear as number 31 on the list of May 16th. Toronto 2004 draw

David Ferrer will leave on that same list the top-10 in which he has remained since October 11th, 2010. 292 consecutive weeks makes him the 14th player with more consecutive weeks at this privilege position. These are bad times for the Spanish who still struggles to find his game. His balance of 16-9 speaks for itself. Most consecutive weeks top-10

David Goffin scored a surprising 6-0 6-0 to Tomas Berdych that, surely, will not easily forget that day. The Czech had never received a trouncing so overwhelming. In the entire ATP history, only 10 times a seeded had conceding this score. Most famous of them was the double “bagel” which Ivan Lendl scored to Jimmy Connors at semifinals of Forest Hills 1984. Connors-Lendl h2h

Roger Federer fails to overcome his physical problems and lost his match against the promising Dominic Thiem. The statements of the former number one, where questioned his participation at Roland Garros, are not a cause for optimism with a view to the immediate future. It seems that the Swiss will focus his season in Wimbledon and the Olympics Games.

This week are tournaments in Geneva and Nice with Thiem, Simon, Wawrinka and Ferrer rushing his preparation for Paris. The Musketeers Cup is waiting new owner. 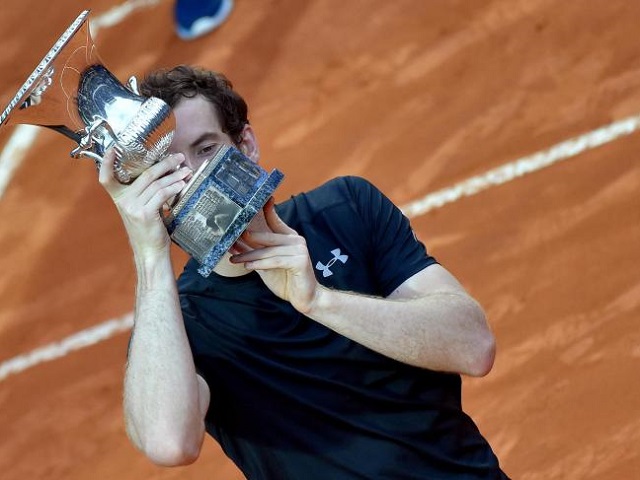