Roger Federer said ‘time was ticking’ in his battle to recover form and fitness for the French Open after losing to rising Austrian Dominic Thiem 7-6 (2) 6-4 in the third round of the Italian Open on Thursday.

The former world number one still looks way short of his best after knee and back injuries and struggled to get to grips with the 22-year-old Thiem at the Foro Italico, a week after withdrawing from the Madrid Open.

Thiem, ranked 15th, recovered from an early break and streaked into a 6-2 lead in the tiebreak before taking the opening set with a backhand winner.

He broke 34-year-old Federer’s serve again midway through the second set as he claimed the 32nd victory of a breakthrough season that saw him rise to a career-high 13th.

Seventeen-times major champion Federer, who has missed 10 weeks of the season through knee surgery, shrugged off the defeat, saying his immediate priority was the French Open that begins on May 22.

“This is like, ‘who cares about the results here?’. It matters what comes now in the next couple of months,” Federer told a news conference.”Now obviously time starts ticking more towards Paris. Clearly the way I’m playing right now is never going to be enough for a good run in Paris…I’m still confident I will be fine somehow.”

Federer, a four-times finalist in Rome, missed last week’s Madrid Open with a back problem but said there had been some encouraging signs this week.”For the first time maybe I could play a match really playing freely, trying out a few things,” he added.

Later on Thursday Rafael Nadal continues his build-up to the French Open when he takes on Australian Nick Kyrgios.World number one Novak Djokovic, bidding for a third consecutive Rome title, is up against Brazil’s Thomaz Bellucci. 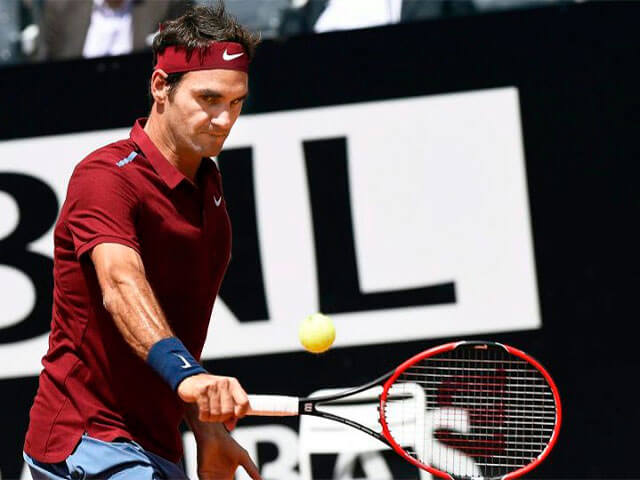