Austrian Dominic Thiem became the first player to capture titles on three different surfaces this year when he finished off Philipp Kohlschreiber to win the Mercedes Cup in Stuttgart on Monday.

The French Open semi-finalist won 6-7(2) 6-4 6-4 after their final on the Stuttgart grasscourts had been halted by rain before the first-set tiebreak on Sunday.

World number seven Thiem, the fastest-rising player on the ATP Tour, won on clay in Buenos Aires and Nice, and on hardcourts in Acapulco this year.

The 22-year-old’s victory, his 45th of the year, also took him above Novak Djokovic to the top of the match-wins list for 2016.

Kohlschreiber was quick out of the blocks on Monday, snatching the tiebreak to move ahead.Thiem, who knocked out Roger Federer in the semi-finals, responded with an early and decisive break in the second set and needed just one break in the decider to claim victory. 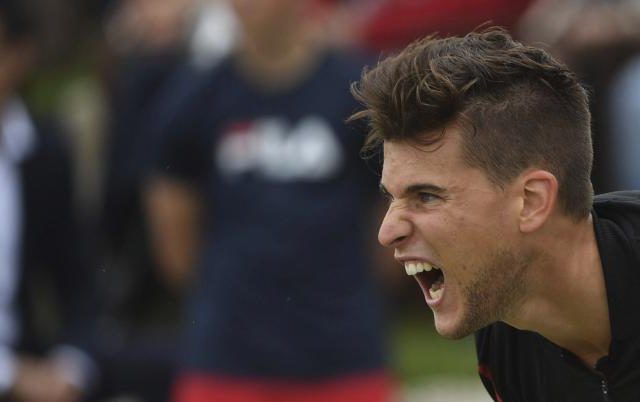