The simultaneous presence of ATP tournaments and Davis Cup play-offs was the most notable of the tennis week that ended last Sunday. The adjustments to the calendar to fit the Olympic tennis tournament had a huge impact with the tournaments of Hamburg, Bastad and Newport because they were all left without top players. These adjustments must have really hurt in Hamburg, a centenary tournament –since 1892- with category of ATP 500 which is suffering in recent years a special attention by the ATP, first stripping it of the Masters category and now paying the price of the Olympic issue. German Open table of records

Tournaments draw were, therefore, seriously damaged by this issue. In Hamburg, Martin Klizan was the winner, a player who always takes advantage of his opportunities. He got his fifth title in his fifth final, beating clearly to the very favourite Pablo Cuevas. Klizan achieved his second ATP500 of the year, after the one he got in Rotterdam against Gael Monfils, denying again his role as victim of the final. The Slovak is performing an unusual season: seven first rounds, a semifinal in Sofia and two ATP 500 titles. Terrific! Martin Klizan 2016 activity

The opposite is Gilles Muller. The Luxembourger also played his fifth final ATP at Newport, on grass. But, unlike Klizan, he has not been able to win even a single. Cruel fate for him, especially if we consider that on this occasion he had up to three match points in the decisive tie-break, although all of them were returned points. The winner was Ivo Karlovic who clinched his seventh ATP title and he became the most veteran tennis player to win an ATP title since Marty Riessen did it in Lafayette 1979. Apart from Riessen, only Ken Rosewall-16 titles after attaining 37 years of age- and Pancho Gonzales, who won Des Moines 1972 with 43 years and almost 9 months, have been able to win an ATP tournament to an age more advanced than the Croatian. Oldest ATP tournament champions 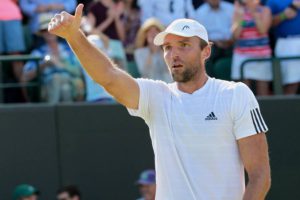 In Sweden Albert Ramos-Vinolas won and achieved his first ATP title in his second final, defeating Fernando Verdasco 6-3 6-4. The left handen Catalan is performing the best season of his life. He was quarterfinalist at Roland Garros, third round at Wimbledon and now he gets this title breaking his record. This Monday he has appeared in the ATP classification as 31 in the world, the best ranking of his career.

And in the World Group of the Davis Cup, something that never happened before, the four visiting teams have won. Special mention deserves the play-offs between Americans and Croatians. The first day, the players of USA, playing in Portland on hardcourt, were ahead 2-0 after Jack Sock came from behind two sets against Marin Cilic and John Isner defeated to Borna Coric in three sets.

From there all turned into a disaster; on Saturday Bryan brothers were beaten in 4 sets and on Sunday Cilic and Coric defeated easily to Isner and Sock respectively. Another setback for the once absolute tennis leaders but in the last 20 years USA only have been able to lift once the trophy, in 2007, with Roddick and Blake in charge of all the operations.

France will face on semifinals to Croatia after winning away to Czech Republic which played without Tomas Berdych. Lukas Rosol gave the first point to his country scoring a valuable win against Jo-Wilfred Tsonga, but then the next three points were on the French side, with Lucas Pouille making his debut in Davis Cup with an important victory over Jiri Vesely. He is still in state of grace and he has shown that his election for the national team was fully justified.

In Belgrade, Serbia competed without Novak Djokovic and Viktor Troicki, the Serbians faced to the current champion without its leader Andy Murray. The Scottish loss is understandable after the tremendous effort of Wimbledon. The performance of Serbia only confirms what everyone already knows, except, apparently, the ITF. That the Davis Cup is going through an unprecedented crisis and the multiple absences of the most relevant players threaten to turn this competition into a tournament of second category unless something is done.

The British showed to have better players on the bench than locals and they win 3-2 with an impressive performance of Kyle Edmund who became the hero of his country winning his two matches without losing a single set. 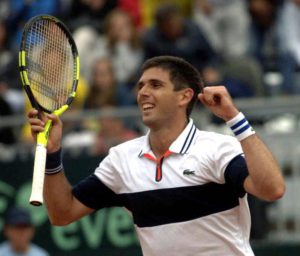 In Pesaro, Federico Delbonis defeated Andreas Seppi and, in a fantastic match, to Fabio Fognini to become the centrepiece of the Argentina´s victory over Italy. It would be incredible that Argentina, cursed in this competition in spite of having had great players thorough its history, were able to raise the Davis Cup trophy with a team without nor an only player in the top-40. At the moment, they will travel to Great Britain to compete in the semifinal. The big question is if Murray will decide to play. What is certain is that the British will not commit the error of the Italians who chose to play against them on clay court. We must pay attention also to the progress of Juan Martin Del Potro, a key factor for Argentine hopes. Delpo and Delbo might have been able to make history. 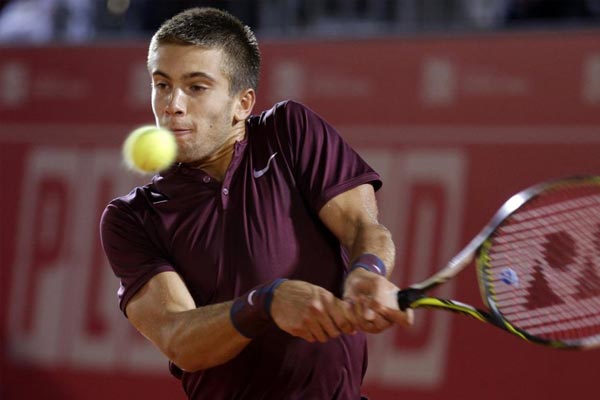