French Open champion Stan Wawrinka warmed up for the defence of his title at Roland Garros with a 6-4 7-6(11) victory over Marin Cilic to win the Geneva Open title on Saturday.

It was Wawrinka’s first title on home soil in Switzerland and his first on clay this season in his final match before facing 68th-ranked Czech Lukas Rosol in the first round in Paris next week.

Wawrinka, who stunned Novak Djokovic in the final to win the claycourt major last year, eased through the opening set against world number 11 Cilic without facing a break point.

Cilic fought back, however, breaking in the fourth game of the second before Wawrinka broke at 3-5 and forced a tiebreak.Cilic spurned five set points before slapping a backhand long to hand the Swiss the title.

“Big congratulations to Stan,” Cilic said. “He played really amazing this week.”Cilic faces the 167th-ranked Marco Trungelliti in the French Open’s first round. 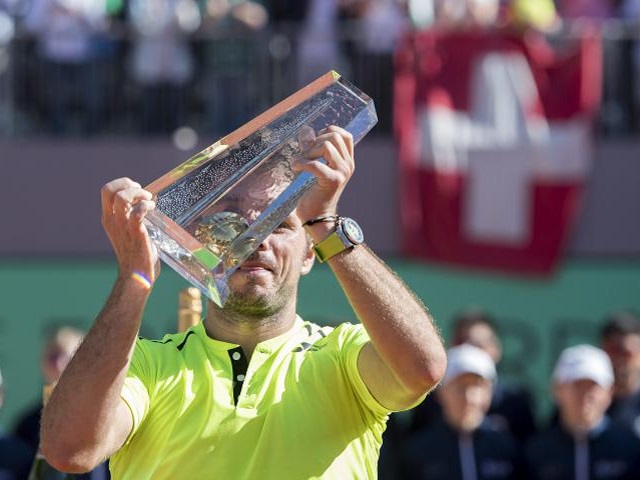