The weather was dull and wet but that did not stop a beaming Stan Wawrinka from having plenty of fun on Sunday as he enjoyed a mid-match rally with a ballboy before twirling 360 degrees on court to take a selfie-video with 10,000 French Open spectators.

In between all the sideshows, the reigning champion lit up a gloomy Roland Garros with his lurid day-glo yellow shirt as he reached the quarter-finals with a dazzling 7-6(5) 6-7(7) 6-3 6-2 win over Serbia’s Viktor Troicki.

In an entertaining match featuring between-the-leg shots, 105 sweetly-struck winners and an array of blinding backhands from Wawrinka, the Swiss third seed chalked up his fifth successive win over Troicki when the Serbian netted a backhand.

“For me, it was a great win, a great match, a very robust match,” a soggy Wawrinka told reporters after playing the second set through a misty rain shower. “I managed to stay very calm, I didn’t get excited, or irritated, even though I lost the second set. I didn’t waste any intellectual energy because I was very serene.”

The win earned Wawrinka an eighth successive victory on clay, following his triumph in the Geneva tournament last weekend, but more importantly it allowed him to set up a quarter-final meeting with unheralded Spaniard Albert Ramos-Vinolas.

Troicki kept Wawrinka on his toes during the first half of the contest, with the Swiss winning the opening set on his eighth set point before the Serbian bagged the second set on his fifth.

After surrendering the tiebreak with a miscued lob, Wawrinka gave himself a sarcastic thumbs up and repeatedly prodded the side of his temple with his index finger, no doubt wondering “what the hell was that?”

All the running around Troicki did in the first two sets caught up with him midway through the third and he called on the trainer.As the Serbian lay flat on his back to have his hip manipulated, Troicki was the only person on Philippe Chatrier Court who missed out on watching “a bored” Wawrinka trading groundstrokes with a ballboy.

“I asked the ballboy if he played tennis and I thought, ‘why don’t we go and hit a few balls’. He wasn’t afraid to be on centre court,” a smiling Wawrinka said. “We had a little chat. He was a nice kid. It was nice for him. It was fun for the audience. I was a little bit bored waiting for him (Troicki) so it kept me busy.”

The treatment, however, failed to have the desired effect as Wawrinka “tightened a few nuts and bolts” to run away with the last two sets and condemned Troicki to a 20th successive defeat against top-three opponents. 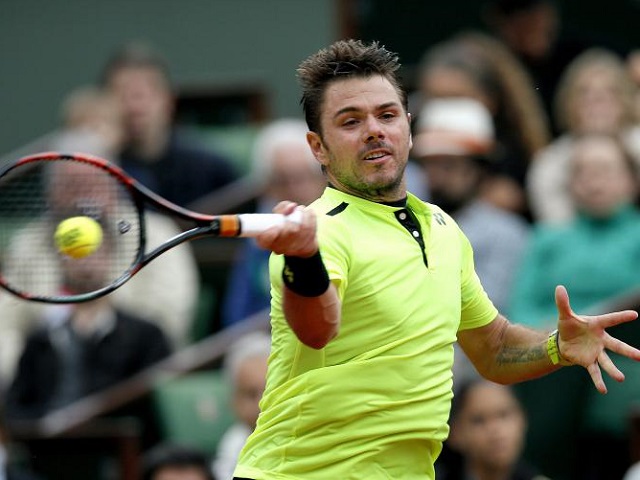