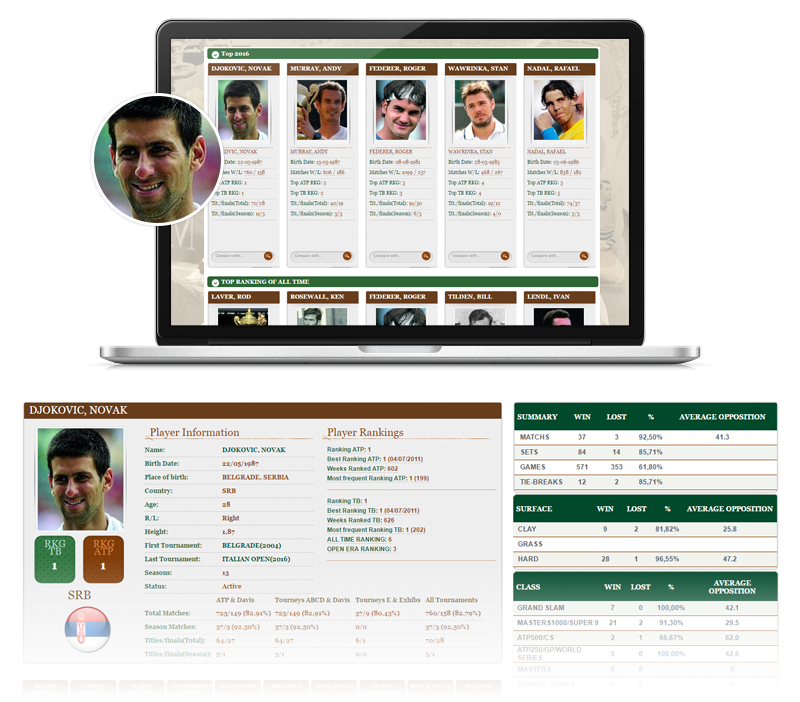 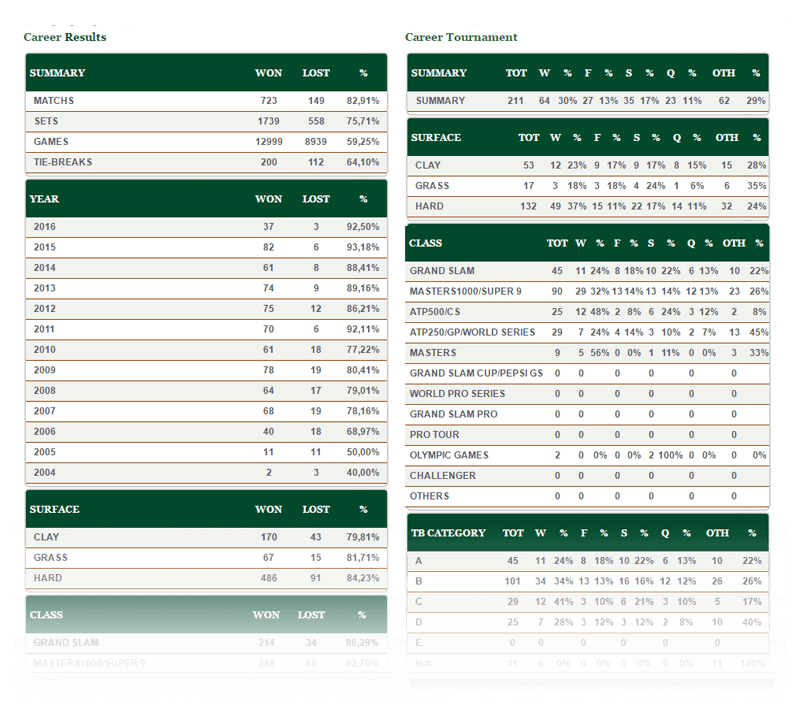 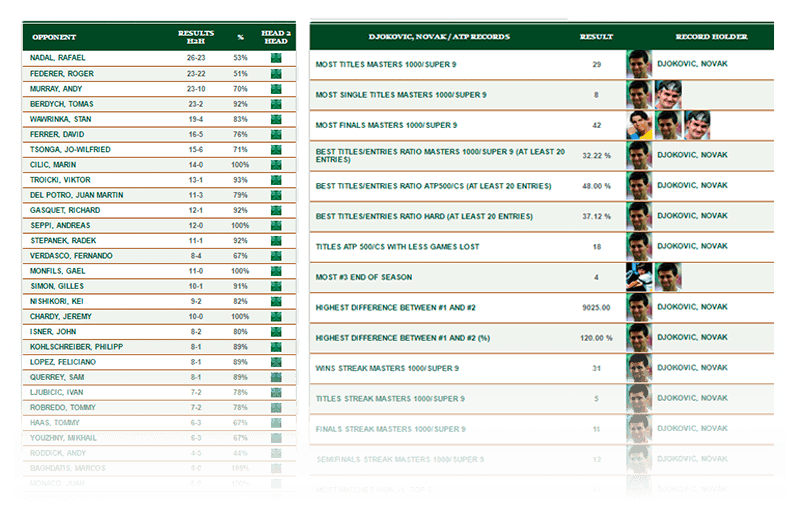 The PLAYERS function lets you know and analyse all data, statistics and information about any current or past player. This function has a submenu consisting of the following elements:

It shows the basic information of each player. Personal data, current ranking, better ranking, balance of wins and losses in the season and in the career, titles and finals, first and last played tournament, etc. A fundamental introduction to meet the player. This profile is always in all the PLAYER menu screens.

A summary of the player activity in the current season: matches won and lost, results in tournaments, performance by surface, type of tournament, ranking of the rivals, rounds, etc.

Similar information to the previous one but referred to the complete career of the player. In this section we can see, on a single screen, all relevant data of the player career, both in what refers to his results in matches as to his performance in tournaments. A unique and very useful tool.

Here are listed all the matches of the player selected, and his statistics, filtering by any relevant variables: year, surface, rivals level, type of tournament, round, specific tournament, matches against left- or right-handed players, age and nationality of the rivals.

All results in tournaments filtering by any relevant variable: year, surface, type or tournament category, round and specific tournament.

This function allows the access to the historical ranking of the player, week after week, in regards to his classification in the official ATP rankings as the unofficial ranking of thetennisbase.

A unique function. The result head-to-head with all the rivals of the player can be seen on a single screen. In addition, it gives a small summary that reports the losses, tied and won series. It also allows the direct access to the head-to-head with any rival.

List the matches of the player selected with any of his rivals. But also gives a lot of complementary information in the submenu that this function incorporates. Thus, it allows comparing his results in the season, in his careers, compares the last 10 results of each, his statistics and the series head to head of each of them.

This function gives the sampling of the TB rankings points of the selected player. That is, informs us of the origin of the points that the player adds as total in the TB ranking.

Novelty. This function informs all those records (ATP and all time) in which the player occupies one of the top 10 positions. So you can see at a glance all the records that players like Nadal, Federer or Djokovic own in every moment.