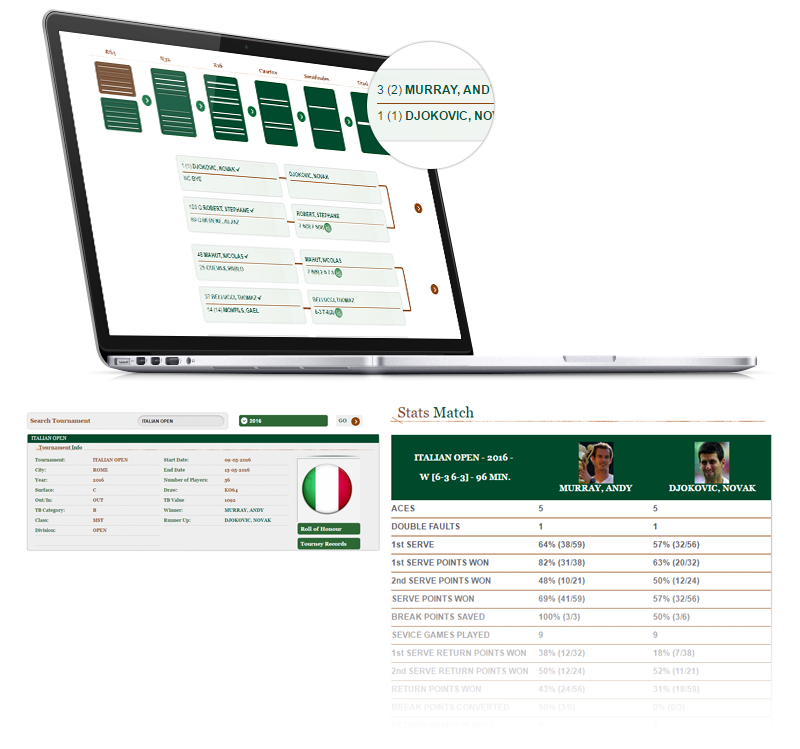 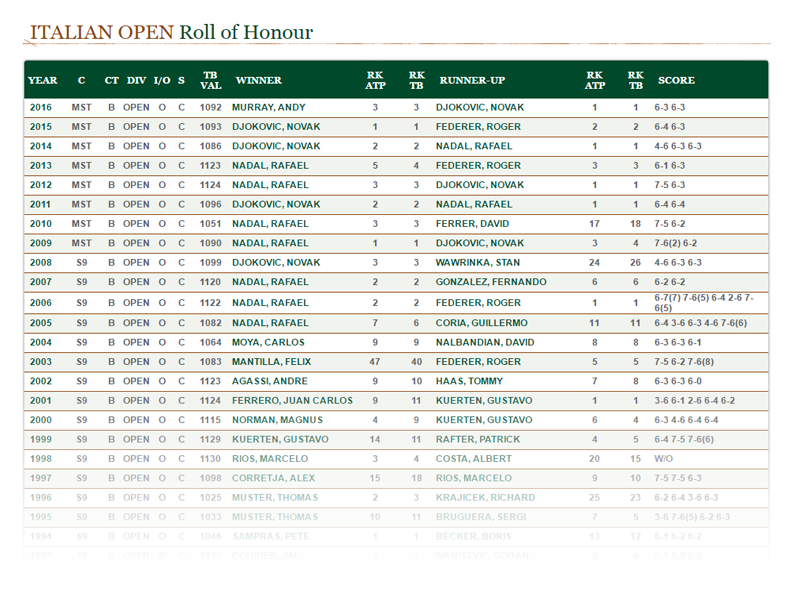 This function reports about the current and past tournaments. It has 4 sub functions.

It shows the tournaments calendar of the season in progress.

It gives the complete draw of any tournament, current or past.

It reports about the list of winners and finalists of all editions of a tournament. For example, in Wimbledon gives all the finals since 1877.