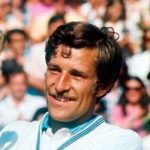 To speak about Novak Djokovic results during the season 2015 could be very large therefore I remind his most important results only: Novak won this…

TB Note: Although as today (November 4) Rafael Nadal has won three titles so far this season (Hamburg, Stuttgart and Buenos Aires), in addition to…