Proving that his win at the Australian Open was not a swan song at all, Roger Federer has won early this morning the title of Indian Wells, the first Masters 1000 of the season, beating his countryman Stan Wawrinka in the final with a 6-4 7-5 score. Federer thus certifies a triumphant come back in which no one – not even himself – could think only two months ago.

The numbers of Federer after his return are to rub the eyes; he has won the first two big tourneys of the season, with a 13-1 balance for a 92.86% effectiveness, the highest percentage of the circuit, is 6-0 with the top-10, will appear the sixth In the ATP ranking Monday and leads with authority, with only three tournaments played, the Race with 3045 points, 1410 more than Rafa Nadal that follows in that classification. With that score – and unless unlikely cataclysm – the Swiss is virtually qualified for the ATP finals in London.

His fifth Indian Wells – leveling Djokovic as tournament record holder – is also his 90th ATP title, only 4 behind of Iván Lendl and threatening to be the second player – after Jimmy Connors – to overcome the barrier of 100 ATP triumphs. He also counts his 25th title and 43rd final – also with the number two in the world – in Masters 1000 tournaments. The Helvetic moves Agassi as the most veteran player to win a Masters 1000. Las Vegas won Cincinnati 2004 with 34 years and three months, a mark that has pulverized Federer with his victory yesterday at 35 years and 6 months. Oldest M1000 champions

But if impressive are the numbers of the greatest of all time for many people, not less is the level of play that has exhibited and their statistics in the tournament. Federer has not conceded a single set and has hardly suffered only one break, against Wawrinka in the final. The right volley with which he closed the final perfectly illustrates the Swiss’s progress in the tournament, which in all games has had a positive balance of winners – over 20 in each match – versus unforced errors. His level  has been extraordinary, amazing with the reverse and always playing ease and fluent. It’s enough to remark that the Swiss have had 6 hours and 18 minutes on the court to win the tournament, a supersonic average of 75 minutes per match. 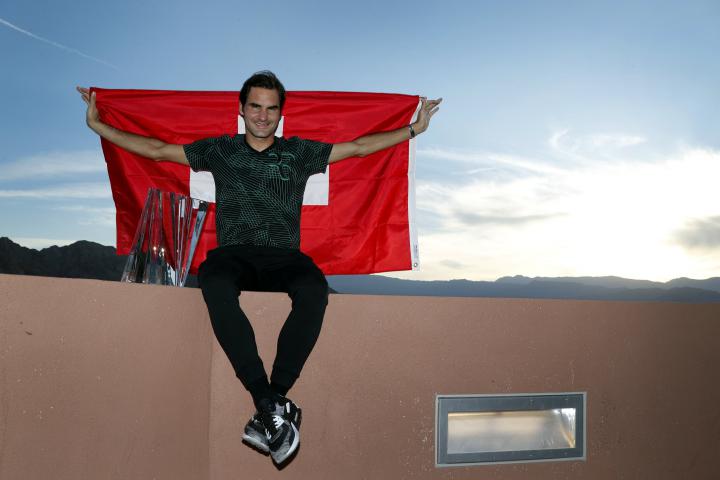 With the service he has won 74.20% of the points and his lowest mark has been 71% of his second round match with Robert. It should be noted that when Basel is so intractable with serve is practically invincible. Across his career, Federer has managed to be in the 68% or better of points gained with the service in 865 matches, with a balance of 827 victories and only 38 defeats. The h2h with Djokovic is, with those percentages, 15-0, with Nadal 9-1, Murray 11-1 and Wawrinka 13-0. When the Swiss shields thus their serve is unrivaled. 2017 IW Stats Roger Federer’s advanced stats

Andy Murray, who arrived in the tournament with great feelings after his victory in Dubai, was surprised in his first game by the Canadian Vasek Pospisil, 129 of the world, breaking a streak of 30 victories against players outside the top-100 that already lasted almost five years. The Scot has not started the year as the past ended and in the two big tournaments disputed has fallen very soon.

Nor is at his best Novak Djokovic, who fell for the second time in a row against the talented Nick Kyrgios. The Serb appeared to enter the tournament with less doubts than in Acapulco but the young Australian was again too much for him. Since Nadal achieved in 2013, no player had won twice in a row to the former world number one. In the two matches he has played with Kyrgios, he has not been able to make a single break and has hardly had an opportunity to do so.

Leaving aside Federer, hoarder of covers and headlines, it was precisely Kyrgios the other great attraction in the Coachella desert. Zeballos, Zverev and Djokovic briefly dispatched without a break and exhibiting a great level, especially with the service with which he won 75.58% of the points, the best mark of the tournament. When everyone waited expectantly for the big clash of quarters with Federer, Kyrgios withdrew from the tournament claiming food poisoning. Huge disappointment for the tournament and for all the fans.

Rafael Nadal returned to show a good level and ease won to Pella and Verdasco. Unfortunately for him, he came across the most galactic version of Federer that embroidered his best production of the tournament precisely before the Mallorcan. It is more than three years since Nadal’s last victory against Federer in Australia in 2014, and meanwhile the Swiss have managed to chain for the first time three consecutive victories against his great rival.

Wawrinka, not without difficulty, achieved a great result by reaching the final, the second he achieved in the Masters 1000 category. As usual, the Swiss went from less to more and after be about to the defeat  before the Japanese Nishioka, he scored two good games against Thiem and Carreño Busta. Wawrinka climbs to the third place of the Race and makes it clear that this season everybody has to rely on him. 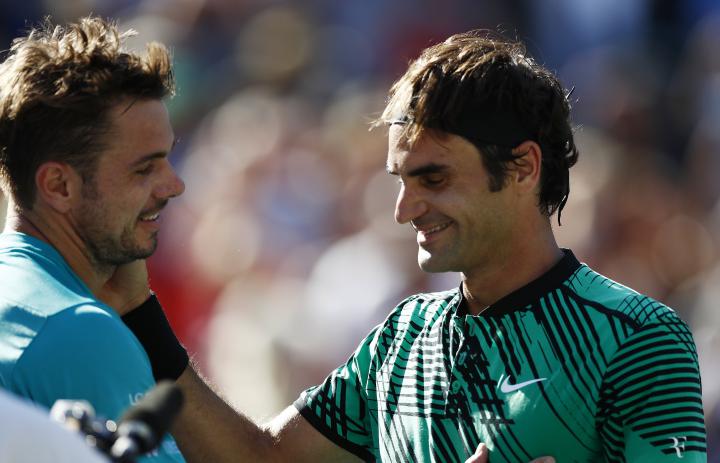 Pablo Carreño, after a successful South American tour, reached his first Masters 1000 semifinals in his career. He came back from two match points in his epic match against Pablo Cuevas. The Spaniard, who saw facilitated his progress by the withdrawal in the third round of Bautista Agut, however was not fine in his match with Wawrinka in the semis and top-10, with which he has a 0-15 balance, remains as an insurmountable barrier for him.

Jack Sock confirmed his firm upline. The American also debuted in a semifinals of Masters 1000 leaving in the ditch Grigor Dimitrov and Kei Nishikori. The Nebraska, who has already won the Auckland and Delray Beach titles this year, has a remarkable 15-3 balance and is swelled to the group of aspirants to the top-10.

Next Gen Taylor Fritz made his first win against a top-10 by beating Marin Cilic in the second round. Japan’s Nishioka, who was relegated as a lucky loser, proved the value of second chances by defeating Elias Ymer – just the player who eliminated him in the previous -, Ivo Karlovic and Tomas Berdych and was very close to do the same with Wawrinka. Pablo Cuevas played his first Masters 1000 quarter-finals and Malek Jaziri, Donald Young and Dusan Lajovic achieved for the first time three victories, some of great merit, in a tournament of this category, with the addition for the Serbian of his two victories in the previous

The other side of the coin are players such Feliciano López, John Isner, Ivo Karlovic, Marin Cilic or Marcel Granollers, plunged in their particular crises and with results this year far from the usual.

This week begins the second Masters 1000 of the year, also of seven rounds and two weeks, in Miami with the confirmed absences of Murray and Djokovic, both with elbow problems. A thousand more points that will drop from the count of Djokovic – it has almost lost 4,000 since the beginning of the season – and a good opportunity for Federer to put even more distance in the Race. Perhaps the Swiss end up being immersed, without even having raised it, in the fight for number one. 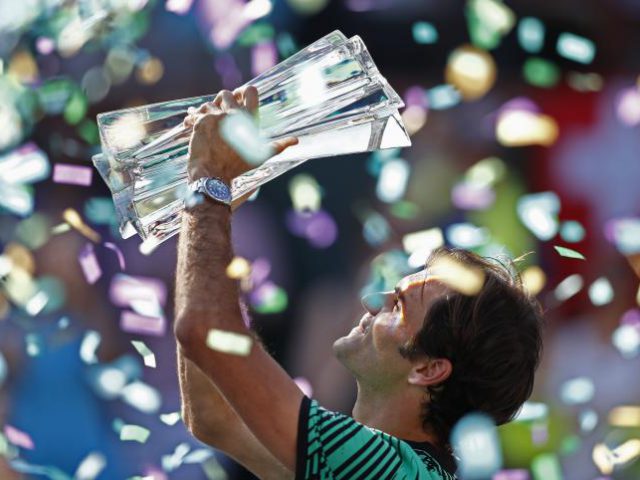