The spectacular and triumphant come back of the Swiss Roger Federer has unleashed again the Federmanía and opened all type of speculations on the new records that could beat the Swiss of following the line of victories with which it has broken in the tennis season.

The Swiss has always made it clear that their main priority is to stay cool and healthy, without being punished excessively and with no other objective than to play the best possible and have fun on the court. However, their excellent results belied such modest goals. Certainly the Swiss will take care of their schedule to avoid overloads and injuries and always remain hungry for competition. But even with that limitation, Federer seems capable of achieving more ambitious goals.

The Swiss is playing with a lot of freedom and ease, without fear of defeat, always to attack and shortening points and matches to the maximum, limiting physical wear and tear. In order to succeed in this style, great doses of inspiration are necessary, something that the genius of Basel seems to have left over. The advantage is that in this way it is possible that you can extend your career for some more seasons. With 35 years and 6 months the results that Federer is looking like magic and thinking that he can play at this level until 37 or 38 years seems much more improbable, but what is no doubt is that if for someone Such a thing is possible, that’s just Roger Federer. To three strokes of average per point who knows until when can be competitive.

In thetennisbase.com we have speculated a little with some objectives that, even in spite of himself, could be within reach of the Swiss and we have selected these four:

1.- BEING THE FIRST MALE PLAYER TO ACHIEVE EIGHT SINGLE TITLES IN WIMBLEDON

There is no doubt that if Federer has a specific goal in mind, this is it. Federer shares, with Pete Sampras and William Renshaw, the record of victories in male singles of Wimbledon, with 7 titles. The Swiss raised his seventh silver cup in 2012 and has since pursued his eighth title insistently, runner-up in 2014 and 2015 and semis last year. There are still three months for the London event, but there is no doubt that the Swiss will conscientiously prepare the tournament and if it is able to reach in its current conditions will have as many or more chances than any other.

2.- RECOVER THE NUMBER ONE OF THE ATP RANKING

Certainly, and as hehas repeatedly stated, the ATP ranking is not something that worries Federer. However, with the results with which he has started the season the Swiss can be seen immersed in the fight for number one. At the moment he is ahead in the Race to Nadal in 1410 points, Wawrinka in 1635, Murray in 2205 and Djokovic in 2570. Already more than considerable distances. To a greater abundance, Djokovic and Murray have confirmed that they will not be in Miami, so the distance on the two major favorites of the circuit could increase even above 3000 points. A reserve that can be enough to compensate a very short or not remarkable results clay season. 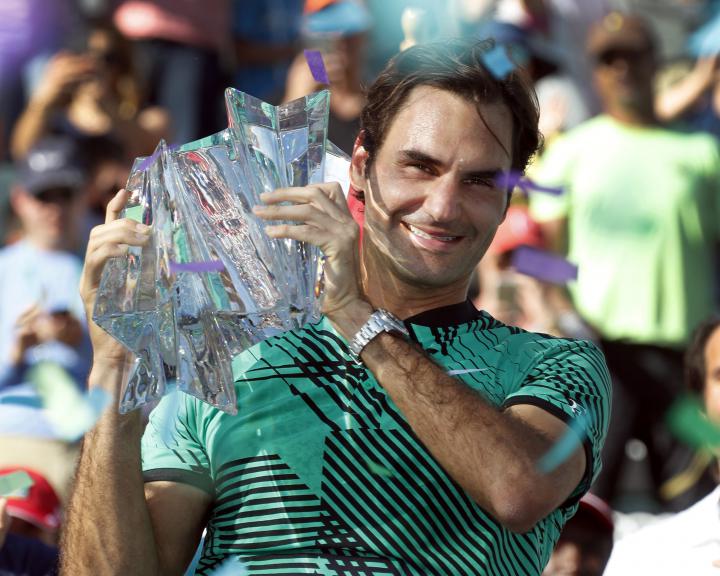 Federer could be found starting the grass season very close to the leadership in the Race and with very auspicious tournaments ahead, such Halle, Wimbledon, Cincinnati, Basel or the Masters Cup.  On the other hand, it is quite likely – given the bad start of the year for the two favorites – that the number one is resolved this year with many fewer points than in the last seasons, possibly even below 10,000 so that the Swiss could have options even with a very trimmed calendar.

If the Swiss reach the number one would become the most veteran player in the ATP ranking, a record currently held by André Agassi, who in the last list he headed, 25-08-2003, was 33 years and three months old. It would also pulverize Connors’ record of the longest time between the first and last list as number one, which for the American is 8 years and 10 months. Any number one of Federer in the future would suppose that would have happened more than 13 years after the first leadership of the Swiss, 2-2-2004. Oldest #1 More time between first and last #1

A barrier that only managed to cross Jimmy Connors who reached the 109 titles. The record of the great left-hander is far, but the barrier of 100 is envisaged as a possibility. Federer joined his formidable track record with 6 titles in 2015 and 5 in 2014. Considering this average, he would need a couple of seasons to reach that  perfect 100. That means to be winning titles at 37 years old, something that in the current circuit has only achieved Ivo Karlovic, winner of Newport and Los Cabos last year at age 37.

More accessible for the Swiss would be to beat Ivan Lendl’s 94-title mark, the second-best ATP brand behind Connors. In any case, and since Federer is going to play few tournaments and all of great level, to beat those marks does not seem exactly simple. Most ATP titles

4.- BECOME THE MOST VETERAN PLAYER IN WINNING A GRAND SLAM IN THE OPEN ERA

A really tricky goal. Australian Ken Rosewall won the 1972 Australian Open with 37 years and a month and 25 days. That means that not even the 2018 US Open – except changes in the calendar – would be worth to Federer to displace the Aussie from that honorary dean. The Swiss had to win a Grand Slam in 2019 to achieve that achievement at a higher age than Rosewall. Oldest GS champion 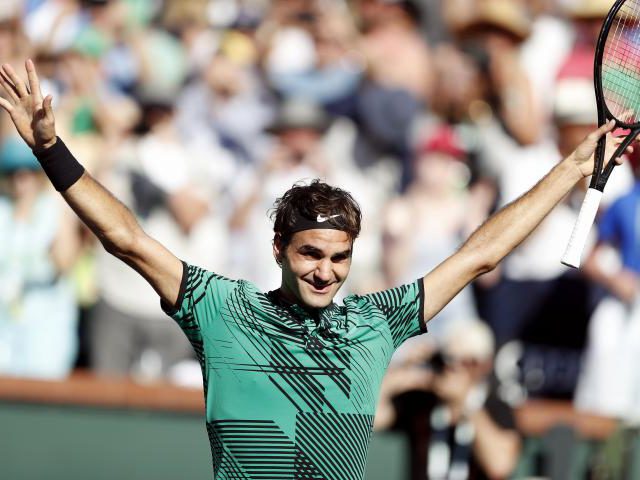