I ignore the contractual commitments that would have the Miami Masters 1000 to schedule the great final of the tournament to the 1:00 p.m.. I guess many and juicy. But even so, and as much as it may be objected that it is the hour that has always played the final, it is regrettable, speaking in terms of sport, to condition a match as big as a Federer-Nadal putting them to play at 28 degrees and with a humidity of 70%. The final was completely discolored by that fact, but you know, powerful knight is money. Also the World Cup will be played in Qatar.

Federer won 6-3 6-4 because he adapted better, because his talent prevailed and because he has all the planets aligned and even the net was unconditionally put on his side. But the match lacked the quality, the epic and the emotion expected. Federer’s backhand did not flicker as in Indian Wells and Melbourne, there were no supersonic returns and his forehand was intermittent. Despite everything, the Swiss was able to score 29 winning strokes, enough to overcome an erratic Nadal who, dripping sweat and lack of legs, did not take advantage of the opportunities he had at the beginning of the match.

Federer continues to cut across the gap in the head to head with Nadal who is now 14-23. The Swiss has won the last four games – three this year – something he achieves for the first time, and is one victory far of the best winning streak of 5, obtained three times by Nadal. Federer also recovers the leadership on hard surface, advancing 10-9. As he also wins on grass 2-1 leaves only the brick dust for Rafa leading on that surface with an overwhelming 13-2.

The big match of the tournament was the semi-final Federer-Kyrgios – played at night, by the way – in which both players showed a tennis from another galaxy. Electric points, shortening both the court to the unusual, dizzy speed and a complete assortment of winners where the fantasy and the quality were joined to the power and the intelligence. They almost played a different sport and is that any resemblance to another “conventional” match is only possible if it is visualized fast forward x16. The Swiss took the revenge of the match played in Madrid two years ago and won in three tie-breaks, just as the Australian did then. Surely Jimmy Van Allen, inventor of the tie-break, would have smiled at the circumstance. 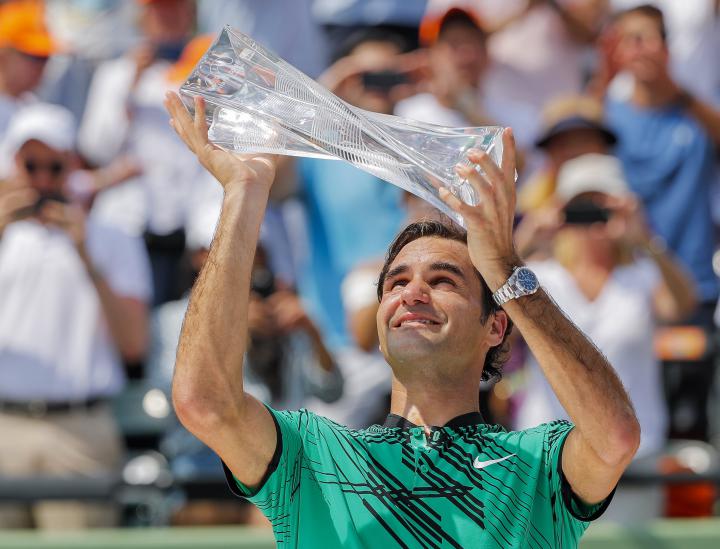 The numbers of Federer in this beginning of season are dizzying. Double Sunshine – as in 2005 and 2006 – and tripled with the title of Australia, repeating that achieved in 2006. The Swiss reaches its 91rd title, three behind Lendl, and his 26th Masters 1000, approaching the 28 of Nadal and the 30 of Djokovic. It breaks again the record that established a couple of weeks ago in IW like M1000 most veteran winner. It is just one victory far  to reach the 1,100, with a 19-1 balance in the season, 7-0 against the top-10 in addition to other important victories such as those won against Sock, Del Potro, Bautista, Berdych and the aforementioned Kyrgios. you may wonder what Donskoy expects. The Russian could make a fortune by writing a self-help book, lecturing around the world with the title “How I Won Federer in 2017” or postulating as Nike corporate image. After all, it is a living testimony to the motto “Impossible is nothing”.

Nadal made another good tournament and went on time to his triennial meeting with the Miami final. As in the previous four, the manacorí stayed with the honey in the lips. He is not getting lucky in the finals this year  and is already the third in which he is defeated. In any case, and except for the final, the sensations are good; Nadal has left behind problems with the service and in Miami has got the 72.36% of the points when serving, behind only Isner, Federer, Zverev and Kyrgios. In addition it arrives the clay European season, his better ground of hunting.

Kyrgios was the other major figure in the tournament. The Australian seems to be finally focused on his career and the results are not being kept waiting. With a very aggressive and fast tennis he disembarked to Karlovic, Goffin and, in a great match, to Zverev and was very close to surprising Federer. His service is a fort. Neither Karlovic nor Goffin could break it and Zverev did not even give him a single chance, just as he did in his IW match. Djokovic, in two games, also could not break the service and only had a break point. Led the classification of gunners with 66 aces, 17 more than Federer. And we are talking about the guy who won last year in Marseille giving only five points on his first service in his last three games against Gasquet, Berdych and Cilic.  There is no doubt that the Australian is emerging more and more clearly as the big-4 relay. 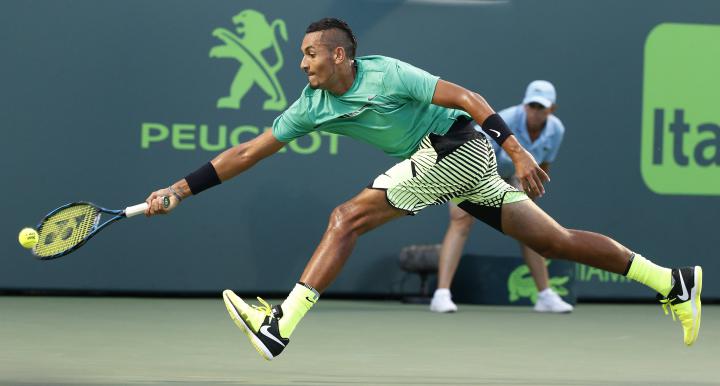 Fognini made a great result and reached for the second time in his career – after Monte Carlo 2013 – the semis of a Masters 1000. The Italian pulverized in quarters a disappointing Nishikori and whose game is offering serious doubts. Zverev once again led NextGen to the quarter-finals after saving three match points against Isner and clinching a big win against Wawrinka. Sock confirmed his excellent form and also reached the penultimate round. The American is 15th in the ranking this week and again improving his classification as always.

And speaking of the ATP ranking, Federer, who started 16th in the year, is already fourth, with Nadal fifth, just behind him. Only Wawrinka, third, avoids another big-4 dominance list. Of course, at the pace of Federer and Nadal, already on the heels of the Lausanne, it would not be surprising that this happened again soon. Raonic, again injured, falls to sixth place and Nishikori, defending the final last year, loses three positions and is now seventh.

Needless to say, Federer leads the Race. The Basle appears with 4,045 points – already classified for the ATP finals – and beats Nadal, second, at 1,810 points. Murray and Djokovic are very far from the Swiss, with 840 and 475 points respectively and much will have to row to wipe such a considerable difference. Federer has declared that he relinquishes the M1000 on clay and that he will only play Roland Garros. That will allow your pursuers to narrow the differences and even surpass him. In spite of that, Federer is going to be involved in the struggle for the number one if he maintains his current performance after the clay season. It should be remembered that the most veteran number one  in ATP history is André Agassi that on 25-8-2003, the date of the last list he led, was 33 years and 3 months old. Federer is poised to pulverize the Las Vegas record, another feat for history at his fingertips. 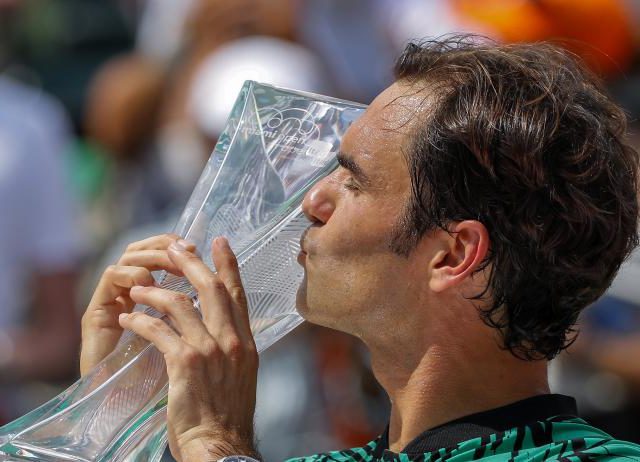