This is the final match of the US Open which rewrites Roland Garros´s final last year.

The H2H is dominated by the world number one 19-4. In Grand Slam the score is 4-2 for the Serbian, but with two victories for the Swiss in the last three clashes in GS, Australia 2014 and Roland Garros 2015. Among them, victory in the fifth set of Djokovic in the Australian Open 2015, 7-6 3-6 6-4 4-6 6-0. This will be the fourth final between them; Djokovic won in Vienna 2007 and Rome 2008 and Wawrinka got the victory in the ultra-famous match of Paris last year, this was the last victory of Wawrinka over the number one in the world. On hard surface the blance is 14-2 to Djokovic.

The Swiss results on GS are magnificent: since US Open 2013, two titles, four semi-finals, three quarters finals and this next final, in the last 13 Grand Slam tournaments. Only on three occasions lost the Swiss before the quarters finals.

Djokovic, for his part, aspires to his 13th Grand Slam to become the fourth player who most titles of Grand Slam has won, after Federer (17), Sampras and Nadal (both with 14). Currently he is tied with Roy Emerson to 12 titles.

Also the defeat against Querrey broke another record for Djokovic, who until that match held a streak of 30 consecutive victories in Grand Slam, ATP and all time absolute record without skipping any tournament. Bill Tilden won 57 consecutive matches in Grand Slam and Rod Laver 31, but in both series they skipped tournaments in which Tilden and Laver did not participate.

Djokovic´s numbers this season are impressive. 56 wins and 5 losses (91,80%) and the titles of Doha, Australian Open, Indian Wells, Miami, Madrid, Roland Garros and Toronto. He reached Rome´s final and the disappointments of Wimbledon and Rio as counterpoint to an amazing season. Between last year and this season he has a balance of 138 wins and 11 losses. Against top-10 his score this year is 18-1 (he was defeated by Murray in Rome) and his streak since last year is already reaching 50-6. Djokovic´s total balance against top-10 is 176-81, a 68,48% which is the second best mark in history, after the 74,19% of Borg who got 115 victories in 155 matches against top of his time.

Wawrinka has to settle with most modest numbers: 38-12 this season, with the titles of Chennai, Dubai and Geneva. The Swiss has reached the semi-finals of Roland Garros and Toronto. Against top-10 he only has got a single victory, facing Nishikori last friday, and three defeats. He has played 21 matches against the ATP number one (6 with Nadal, 7 with Federer and 8 with Djokovic) and he only has won twice, both at GS finals, against Nadal in Australia 2014 and with Djokovic in Roland Garros 2015.

On finals, Djokovic has a balance of 66 wins and 27 losses, a 71% which places him as the 7th player more effective at finals in the ATP history, behind Muster, Davydenko, Enquist, Sampras, Borg and Clerc, counting players with at least 25 finals.

Wawrinka´s balance on finals is 14 wins and 9 losses (almost a 61%), but he is now on a streak of 10 consecutive finals won and in the last four he has not lost a single set. The players which he has defeated in those 10 finals unbeaten are impressive: Roger-Vasselin, Nadal, Federer, Bedene, Berdych, Djokovic, Paire, Coric, Baghdatis and Cilic.

The run of the finalists in this US Open have been very different. Djokovic has had an easy way; Vesely did not play at second round, Youzhny just played 7 games in third round and Tsonga had to retired after the second set. Despite that, the Serbian has lost two sets (Janowicz in first round and Monfils at semi-finals) although he has not been in serious difficulties. Wawrinka has suffered much more, especially in the third round, when he had to save a match point facing Evans that resolved with a second serve ace. The Swiss has lost 5 sets in the tournament and has played six tie breaks -Djokovic none- winning four of them.

The forecast is always the same when Djokovic plays, Serbian´s victory, and this case is not an exception. True is that Wawrinka is playing well, his victories against Del Potro and Nishikori have been convincing, his performance at Grand Slam are often quite good and he is on a streak of 10 consecutive finals won, including two of Grand Slam. Factors to be taken into account but those factors are not enough to compensate the huge superiority that Djokovic comes showing last years which are reflected in their H2H balance, clearly favourable to the Serbian. Also, for once, the bookmakers give a surprising 1,33 for the victory of the number one. Perhaps the shoulder´s problems that the Serbian showed in the match with Monfils have could also influence. Anyway, we believe that this 1.33 is more than interesting. 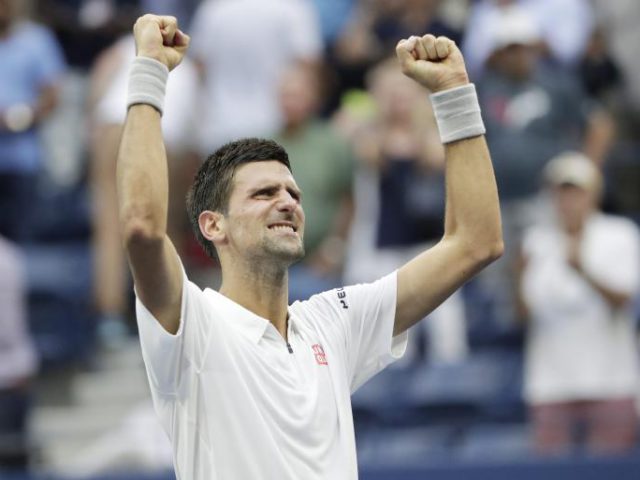