Two of the most promising young in the circuit, the German Alexander Zverev and the French Lucas Pouille, inaugurated this Sunday their track record of ATP titles after getting the victory in the tournaments of San Petersburg and Metz respectively.

Zverev, 19 years old, had to beat two top-10 on his way to the title of San Petersburg. In semi-finals he defeated 6-4 6-4, without losing a single break, to Tomas Berdych and then he gave the big surprise beating on the final to Stan Wawrinka, number 3 in the world and recent winner of the US Open, by the result of 6-2 3-6 7-5. Zverev, who had already played this season the finals of Nice and Halle, gets his first ATP title and becomes the first champion under 20 years of age since Marin Cilic won the tournament of New Haven in 2008.

The German, who holds a record this season of 38 wins and 21 losses, has won 3 of the last 4 matches against top-10 players leaving a balance facing them of 3-9.

However the streak of eleven consecutive finals won by Wawrinka was cut. The Swiss did not lose a final since Den Bosch 2013 facing Mahut. With the defeat against Zverev, which also puts an end to a series of ten consecutive victories, leaves his balance of titles and finals in 15 and 10 respectively. Surely Stan did not expect that defeat especially after his brilliant path up to the final in which he only had lost one break in four matches, confirming the magnificent sensations he has exhibited in recent weeks. Zverev was able to take advantage of his chances, 4 breaks of 5 opportunities, and overcome difficult moments. The German was fantastic throughout the tournament saving break points (20/26) – 8/11 with Wawrinka – leading this tournament´s stats with a 76.92%.

And if Zverev has got his first title at the third opportunity, the French Pouille has reached it to the second. The Young Gaul, who was finalist in Bucharest in April, beat Dominic Thiem 7-6 (5) 6-2 in the final at Metz. At the end of the US Open we already highlighted Pouille´s performance this season and we pointed out he just need to get a title to round off an impressive season. Lucas has just needed a couple of weeks to achieve this goal and open his ATP record.

Pouille started the season as the world number 78 and he will appear on Monday as number 16, climbing nothing less than 62 positions in a year in which he accumulates 30 wins and 18 losses and results as bright as the quarterfinals of Wimbledon and USA Open and the semi-finals of Rome. Pouille has achieved his fifth victory in the season facing a top-10 – previously he was capable to beat Gasquet, Nadal and Ferrer twice – with only four defeats.

The Frenchman won big, losing only two games at service in the tournament – leading the table in percentage of service games won in Metz – and recieving just 13 points against his serve at the final with Thiem. For the Austrian it was the sixth final of an intense season after Buenos Aires, Acapulco, Munich, Nice, and Stuttgart. Thiem has already played 73 matches this year – more than any other player – with 55 wins and 18 losses and gives the impression that he is suffering the efforts made.

In Petersburg should also be highlighted Roberto Bautista Agut who reached for the fourth time in the year the penultimate round, being the loser for the first time. The three previous – Auckland, Sofia and Winston-Salem – were resulted with victory of the Spanish. Mikhail Youzhny won again a top-10 two years later after beating Milos Raonic at second round of St. Petersburg. The Russian did not get a victory facing a top-10 since he beat Tsonga in Cincinnati 2014 and he already accumulated 10 consecutive losses.

In Metz, Gilles Simon reached for first time a semi-finals this season, while Tommy Robredo reappeared in an ATP tournament 7 months later; hopefully the victory will be forthcoming for the Spanish player.

The ATP World Tour launch this week his Asian tour with five tournaments in the next three weeks, Chengdu, Shenzhen, Beijing, Tokyo and the Masters 1000 of Shanghai. Thiem – apparently has no intention of having a break – heads with Kyrgios Chengdu´s draw while Berdych and Goffin will do the same in Shenzhen, with Zverev back in contention. 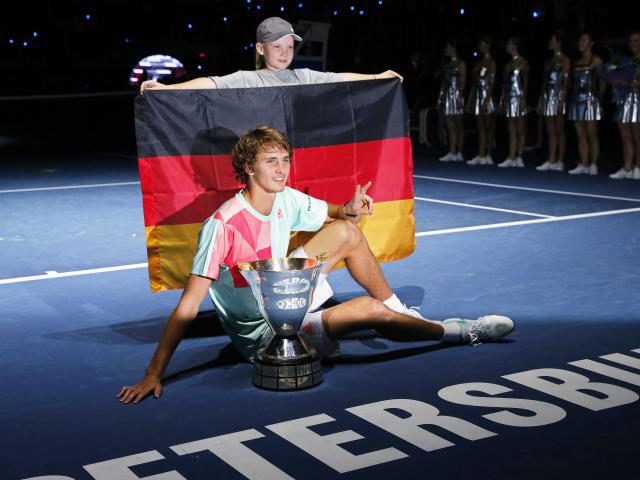