The world’s top doubles pair of Nicolas Mahut and Pierre-Hugues Herbert put France 2-1 ahead of the Czech Republic in their Davis Cup World Group quarter-final on Saturday.

Mahut and Herbert took only 25 minutes to cruise through the opening set on the hardcourt of the Werk Arena in the eastern Czech steel hub of Trinec.

The Czechs recovered in the second set, making fewer mistakes and taking a 3-0 lead which they converted into a 6-3 win.

The French pair regained their dominance again in set three, winning 6-3, but the Czechs, led by 37-year-old Stepanek, fought back in the fourth with two breaks to one.

Finally, Rosol lost his serve to love in the first game of the last set and that was all the French needed to take the set 6-4.

“We have been getting ready for this rubber for a week,” said Mahut.

“We left nothing to chance, we have been together all the time. We know each other by heart and that helps us.”

Stepanek said he was happy with the Czech pair’s performance, despite the loss.

“I think we played a fantastic game against the world’s best pair, we gave it everything,” said Stepanek.

“One set doesn’t mean anything in these long rubbers, we managed to come back and fought until the end.”

In Sunday’s reverse singles, Vesely is due to face Tsonga before Rosol takes on Pouille.

The winner of the tie will face either the United States or Croatia in the semi-finals. 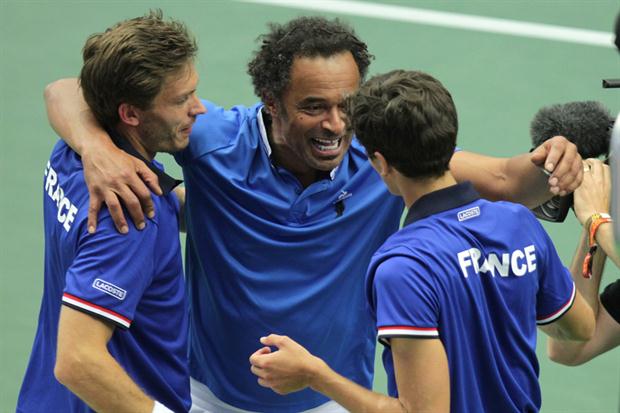