Slovakia’s Martin Klizan claimed the fifth ATP Tour title of his career on Sunday by beating Pablo Cuevas of Uruguay 6-1, 6-4 in the final at Hamburg.

Seventh seed Klizan, 27, raced through the opening set with two breaks of serve in less than half an hour.

The 27-year-old saw an early break in the second set cancelled out by world number 24 Cuevas, but another in the seventh game helped him seal victory in just over an hour. 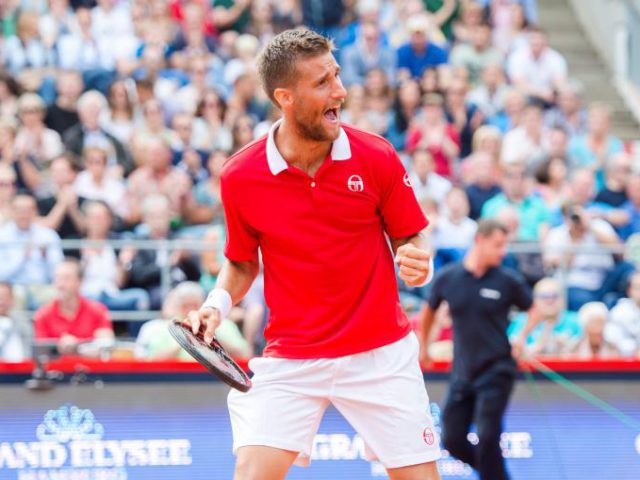