Up to four ATP tournaments have been played this week, something completely unusual. Adjustments to the fit of the Olympic tournament continue impacting on those tournaments that have been affected by changes in the calendar. Michael Stich, director of Hamburg ATP500, already lashed out last week against this situation and it can be assumed that in Washington, Gstaad, Umag and Kitzbuhel will not be best pleased either, especially in Toronto where the Masters 1000 has been placed just a few days before the Olympic Games. The damages to the tournaments, in particular with regard to participation, are evident.

Leaving aside the problems of the ATP calendar – business is business after all – let´s say that the big winner of the week was Gael Monfils, winner of the ATP 500 in Washington after defeating on the final to Ivo Karlovic by the score of 5-7 7-6(6) 6-4. It is the sixth title for the French, in 25 finals, so the victory clears somehow the label of loser that pursues to the Gallic. Monfils’s list of finals

And the true is that Monfils was nearly to lose the final. Karlovic served with 7-5 5-4 to win the match. Given that the Croatian had not lost nor a single service in the tournament – no less than 53 service games consecutive won – all seemed lost for the Parisian. However, at that time Karlovic faltered and although he could come from behind a 0-40, he could not save the next break point and he lost his service. The Gallic still had to save a match ball in the tie-break but then he won easily to Karlovic, who was completely despondent.

It is the first ATP 500 title for Monfils, something somewhat surprising for a player of that level who had previously played three Masters 1000 and five ATP 500 finals. Karlovic played his 17th final, but the first one in a category higher than ATP 250 tournaments. The 108 aces that he got in the tournament – 21.6 per match – were insufficient to clinch the title; maybe, just one more ace in that fateful tenth game of the second set would have been enough to change the history. Surely Ivo will long remember in the memory the missed chance. Washington 2016 stats 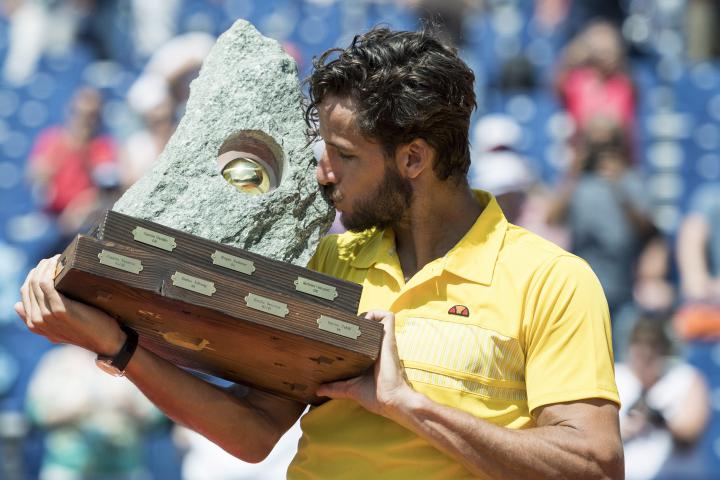 In Gstaad, where was finalist 10 years ago, Feliciano López shone again and won the fifth title of his career – first on clay – by defeating the Dutchman Robin Haase 6-4 7-5. The last title of the Spanish dated back to June 2014 when he triumphed on the grass of Eastbourne. With this title Lopez has joined the exclusive club of players who have won ATP title on grass, clay and hard court. Feli, who comes back to the ATP top 20, is the sixth Spanish winner of a title this year, after Nadal, Bautista, Almagro, Verdasco and Ramos-Vinolas. The Armada, if not with the strength of a couple of years, continues giving much to talk about in the circuit.

Another veteran, Paolo Lorenzi, was the winner on the ATP 250 of Kitzbühel by defeating the Georgian Nikoloz Basilashvili 6-3 6-4. The Italian not only opened his track record, but he also broke an ATP record since to his 34 years and 7 months of age is the player with more age in wins his first title. A great reward for this player who has never been able to settle down definitely in the ATP circuit and he has spent most of his career playing challenger tournaments, where he has achieved 18 titles and has played 15 finals. Lorenzi will be listed next Monday in the position 41 of the ATP classification, his best ranking ever, an additional reward that will allow him to access many main draws directly.

In Kitzbühel reappeared after nearly a year staying out of the courts the Austrian Jurgen Melzer, former top-10. And he made it to the bigs, defeating his compatriot and great revelation of the season Dominic Thiem. Then, at quarters final, he was defeated in a tight match by his brother Gerald, but the two victories in the tournament, coupled with his victory in the Davis Cup last week against Illya Marchenko, show that the left handed player of 35 years has still desire to keep competing. 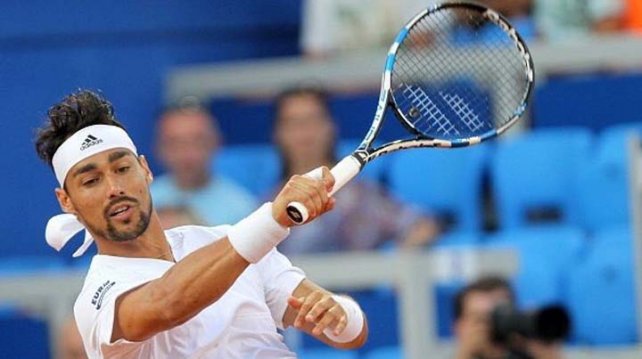 And in Umag, finally, Fabio Fognini clinched the title by defeating a first ever finalist in an ATP final, the Slovak Andrej Martin by the score of 6-4 6-1. The Italian smiled again after a debacle in the Davis Cup last week when he was beating by Delbonis. The finalist Marin joins others players of the challenger circuit as Basilashvili, Lorenzi, Elias, Monteiro, Ymer, Pavlasek or Gerald Melzer, who are proving they can compete perfectly on ATP 250 tournaments and they are capable to beat any player; Simon, Bellucci, Granollers, Cuevas, Klizan, Carreno-Busta and Sousa can attest to this.

The Masters 1000 return to scene with the Toronto´s tournament. The top brass of the tennis world returns to the courts albeit with some absence from normal in a tournament of this category. By different reasons, Murray, Federer, Nadal, Tsonga, Gasquet and Ferrer will not play in Canada. The number one in the world will be there, Novak Djokovic, we assume he is eager to take the sting out of his lost in Wimbledon, but with the Olympic Games on the immediate horizon lot of things can happen. 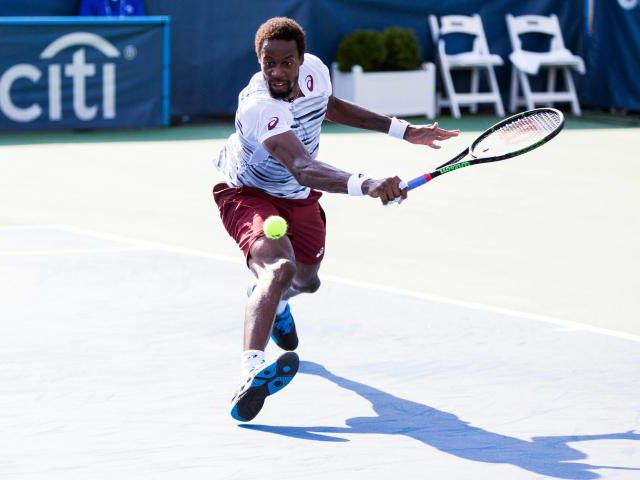