Murray, who will be playing in his ninth successive Wimbledon quarter-final, leads Tsonga 12-2 in previous meetings.

He needed just 24 minutes to reach the quarter-finals for the fourth time after compatriot Richard Gasquet quit their fourth round match with a back injury.

“Tsonga who is a top grass court player and I’ll need to play very well to win that one,” said Murray, who is on a 26-match winning streak against French players.

“You can learn from the matches that you’ve played against him, see the things that worked well and try to execute that when you play him the next time.”

Murray shrugged off growing expectations that he can win a third major after the shock defeat of top seed and defending champion Novak Djokovic in the third round.

“It’s not any different this year than it’s been any of the other years I’ve been here.

“I try my best to win my matches, go as deep as possible. I’ve been playing well so far in this event but the matches as you progress get tougher.”

Kyrgios, the 15th seed who defeated Rafael Nadal at the tournament in 2014, didn’t force a break point on the Murray serve as he slipped to his fifth loss in five meetings against the world number two.

He did manage to save two match points in the ninth game of the third set but was powerless to prevent Murray taking victory with an eighth ace of the contest.

“The second set was obviously more comfortable. Nick lost his focus a bit in the middle part of that set.

“But then in the third set, again he served a high percentage but when I was able to get the ball back in play, I was able to dictate a lot of the rallies and I managed to get an early break.”

Murray has yet to drop a set at this year’s Wimbledon. 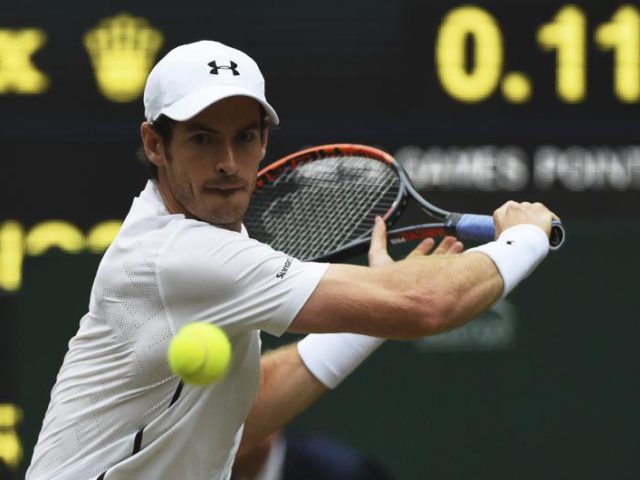