Andy Murray, number two on the world ranking, defeated the Canadian Milos Raonic on the final of Wimbledon by 6-4 7-6(3) 7-6(2). It is the second trophy for the Scott in the All England Club- only one away from Fred Perry- and his third Grand Slam in eleven finals disputed.  Curiously, this final is the first that he played against a different player that isn´t Novak Djokovic- who has played against 7 times- or against Roger Federer, who has faced against on three occasions on a final of Grand Slam.

Murray dominated the game from beginning to end. He read to perfection Raonic service- only 8 aces in the whole game- and he showed that he is a strong player playing at the back of the court, showed with the 32% of points won on return. With his service he hardly conceded chances for the Canadian, he won the 77% of the points and only faced two break points, both of them on the fifth game of the third set, which he overcame with solvency. And although he only managed to materialize one of the seven break points that he disputed, on the tie-breaks he showed off his superiority, going ahead of Milos from the beginning and disabling any come-back of the Canadian. The 20-6 on tie-breaks that brought Raonic from the rest of the season wasn´t useful against Murray´s security- twelve unforced errors in the game- who played like a champion. Murray-Raonic stats 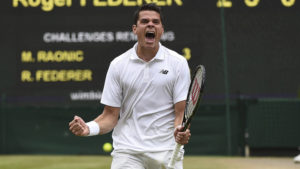 We already commented in our preview that Murray arrived to this game on a state of complete maturity and confidence and that the test could be too harsh for a debutant in a Grand Slam final and also because he had suffered a lot to win games during the tournament. The predictions were even a little bit short, looking at the superiority of the British in the game who only saw himself a little bit pressured on the third set.

With this, not only Murray confirms he is a great champion, but also he presents himself as an alternative to Djokovic, ranked one of the world ranking, on the coming months to lead the ATP ranking. On the ranking of the ATP Race, which measures the results of the current year, the British will add 2000 points, whereas the Serbian has only 90. This will leave the ATP ranking with 8040 points for Djokovic and 7225 for Murray. Only 815 points of difference which leave the dispute to become number one on the ATP ranking open, having in mind that there is still to play the US Open, four Masters 1000, and the ATP finals.

The statistics of Murray over grass are impressive. He has 102 victories, for only 17 defeats (this year 12-0) for a percentage of wins of 85,71% which ranks him fourth on the Era Open only behind of Federer, Borg and McEnroe and ahead of authentic kings of Wimbledon like Sampras, Laver, Becker, Connors and Djokovic. He is the record-man of Queen´s, with five victories on the centenary tournament. He is nearly invincible on a final over grass. From the nine finals disputed, he has won eight- including the Olympic gold medal of 2012- a 88,89% of effectivity, the best of the Open Era even above Borg, who won seven titles on eight finals. All of this playing only two games over grass on the whole year. Certainly Andy is one of the many who misses a Masters 1000 played on grass, him with much more reasons. Murray carreer match record Wins highest % on grass Open Era

Raonic, finalist of the tournament, had his first ever chance of winning a Grand Slam. The Canadian, on which is being the best season of his career, he overcame extreme difficulties against Goffin, who started 2-0, and Federer, who was 2-1 and playing magnificently until a silly auto-break on the twelfth game of the fourth set, after wasting a 40-0 with two double faults. Raonic, very firm and confident, used the advantage to become the first Canadian on reach a Grand Slam final, with the exception of Greg Rusedski, which was born on Canada but had British nationality, who played the US Open final of 1997, losing against Patrick Rafter.

Federer took advantage of an easy draw which let him regain confidence after so many problems suffered during the season. He won with more difficulties than expected to Guido Pella, ended the fairy-tales adventure of Marcus Willis, he defeated easily Daniel Evans and he broke the 8 winning strike of Johnson to reach his 48ª Quarter-Finals of a Grand Slam and his 14ª in Wimbledon, drawing the record with Jimmy Connors. Most QF Grand Slam all time 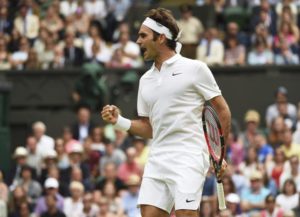 Afterwards he defeated, in an epic game, with two sets of disadvantage and three match points against Marin Cilic in his Quarter-Final game and he breaks lots of records: 40ª semi-finals of Grand Slam, 11ª semi-finals and 84 victories on Wimbledon, drawing again with Connors in both cases, 307 victories in Grand Slam overcoming the 306 of Martina Navratilova and 10ª victory overcoming a 0-2 against, matching the record of Boris Becker and Aaron Krickstein. Most SF Grand Slam all time Wimbledon Records Most wins Grand Slam all time Most 0-2 come backs

And when it looked like that the Swiss, playing again magnificently, could reach his eleventh final on Wimbledon- dominating completely the game against Raonic- that already mentioned game on the fourth set arrived and changed everything.  A devastating minute that, due to the statements of Federer, not even him can explain what happen.

Djokovic arrived at Wimbledon ready to win his fifth consecutive Grand Slam and continue to aspire to the dream of the Golden Slam. He didn´t play any preparatory tournament over grass and the effort of winning Roland Garros, only Grand Slam he had left to win, caught up with him. The Serbian overcame the first two rounds but was defeated on the third round by Sam Querrey in four sets, on a game stopped by the rain. Djokovic couldn´t repeat the achievement of last year of coming back from a 0-2 against Kevin Anderson. If Djokovic accused the lack of challenges, he has one now to motivate himself as he has Murray chasing his leadership of the ranking and he is going to put all his effort and capacity to maintain it.

On the statistics of the tournament we can see the names of well-known players. Raonic, with 145, was the player that made mor aces. But if we look at the average of aces per game, it stands out John Isner who did 114 aces in three games, an average of 38 aces per game. Karlovic, Miller, Isner, Raonic and Cilic lead the ranking of best percentage of points won with his service. Murray was the best player in returns that got to the second week of the tournament, with a 42,25% of points won and 33 breaks, an average of nearly five per game. The Scottish was close to win one of every three games in return. Raonic was impressive as well with break points, saving 28 from 34, an 82,35% that clearly helped him with his success. Wimbledon 2016 stats

Wimbledon finishes leaving us a new king over grass, the Scottish Andy Murray who has left behind the shadow of Fred Perry to build his own legacy. The world number two looks like he has achieved a perfect point of maturity where he has added better mentality and positive and winning personality to his magnificent physical and technical abilities. Ivan Lendl, who acts like his coach, has to work with his player in order to have continuity with the results and show him he has the possibility of a new challenge: the world´s number one of the ATP ranking. 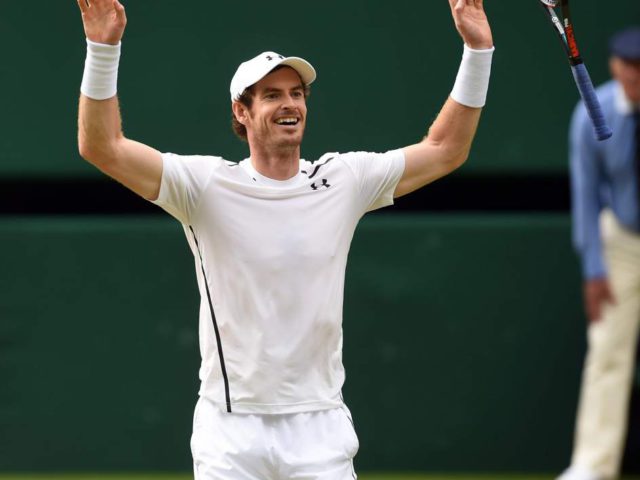