Number two seed Andy Murray overcame a bout of French Open ‘dropshotitis’ on Wednesday to beat Richard Gasquet, the last home player in the singles draw, in four sets and set up a semi-final clash with Stan Wawrinka.

Briton Murray played with power and control during the early part of a 5-7 7-6(3) 6-0 6-2 win that maintained a perfect 5-0 grand slam record against the ninth-seeded Frenchman, breaking when Gasquet double-faulted to lose the second game and consolidating to lead 5-2.

But the momentum shifted dramatically in the eighth game when the Scot, stepping further into the court as he tried to force the pace, conceded three points in a row with unforced errors when 0-30 up. Gasquet broke back in the next game and, as Murray turned increasingly to drop shots that the Frenchman began to read, reeled off the following three games to take a set his opponent had been in the most comfortable of box seats to win.

To the joy of a packed and increasingly animated pro-Gasquet centre court crowd, the pattern of the first set began to repeat itself in the second.Murray again led 5-2, this time breaking in the sixth game, before his dropshot woes returned.

Gasquet, beginning to dominate as his silky one-handed backhand found its range and throwing in the odd drop shot of his own, duly broke back and took the set to a tiebreak.

But Murray won the breaker 7-3, claiming six points in a row from 3-1 down — including a set-winning drop shot – in what he identified as a turning-point.

“It was very, very important to win the second set because it was a very physical match up to that point,” he said courtside.

This time the Scot maintained his dominance and, reading Gasquet’s serve more easily and bringing his superior fitness to bear, took sets three and four with the loss of just two more games.

Murray knows his opponent in Friday’s semi-final — which will be his fourth in Paris and his 19th in grand slams — may present a tougher challenge.

“(Stan) is obviously playing great tennis,” he said. “It is going to be extremely difficult (but) hopefully I can play my best tennis and reach my first final here.”

Starting his match after Murray on Wednesday, Wawrinka finished while the Scot was still on court, beating Spain’s Albert Ramos Vinolas in straight sets. 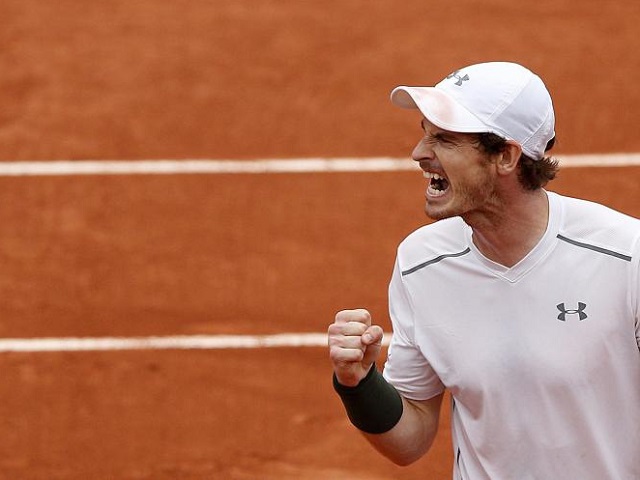