To Fognini, Ferrer is his authentic bête noire as shows their personal balance in which David leads clearly 9-0. No other player has a score so positive with the Italian.

In those 9 matches, Fognini has been able to win only two sets.

Both players come to this match far away from their best feelings. Ferrer has gone from disappointment to disappointment -the latest were his defeat in second round of the Olympic tournament against Donskoy and the one suffered by the hand of Benneteau, ranked 294, in Cincinnati- and seems clear that his levels of confidence and motivation are below minimum.

The Spanish is showing this season obvious problems at service. He barely wins 63% of his serve points and his percentage of games won at service is a discrete 78,60%. Certainly he has an important handicap and that is why his balance of the season is unusual for him, 27 wins and 17 losses, which mean a fall to the position 13 in the ATP ranking, after 292 consecutive weeks in the top-10.

On the other hand, Fognini comes into this match with a balance of 19 wins and 16 losses and the title of Umag as his best result. The Italian has shown his usual irregularity, alternating important victories (Johnson, Paire) with defeats against players with a much lower ranking.

In the first round, facing Gabashvili, he was forced to come for behind two sets down in a crazy match in where there were a total of 19 breaks.

Fognini has a great chance of winning for first time to Ferrer and clean up a bit the humiliating score that the Spanish has on him. If the Italian plays with confident, without the h2h pressure, solid and without hasting, he can win without problems since Ferrer strokes have lost much consistent. With an odd of 2,90 the value is on the Fognini´s side who should break once his negative statistics facing Ferrer. 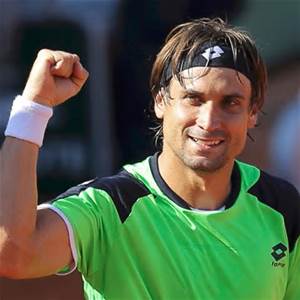