Train wreck in this quarter final’s clash. The precedents support Del Potro who leads 4-2 the H2H, with Wimbledon´s second round match this year as last encounter between them, solved it out with Del Potro´s victory 3-6 6-3 7-6 6-3. In that match Del Potro ended  Wawrinka´s streak, Stan has been reached at least to eighth finals in the last 8 Grand Slam played.

The duels between these two players have been characterized by a greater equality. Only two matches, one by each side, have been resolved in consecutive sets. The stats show that parity of forces, slightly inclined towards the side of the Argentine. In breaks, Del Potro wins by 19 to 17, a 2-2 draw on tie-breaks and the difference in points after six matches played is just 28, 575 to 547.

Earlier we have talked in other previews about the performance of the players throughout the season. Del Potro, after reappearing in Delray Beach after two years without hardly play, has a balance of 22 wins and 9 losses and, above all, a clearly upward trend. After a good performance at Wimbledon, he has completed a great Olympic tournament, beating Djokovic and Nadal, and at this US Open he has already step in at quarter finals. Since Wimbledon 2013 he did not reach that round in a Grand Slam tournament. He has won 9 of his last 10 matches, 4 of them against top-10 players, and seems to have recover his best level as much as his current ranking (142) do not reflect it.

Wawrinka has played 48 matches this season, of which he has won 36. He has got three titles (Chennai, Dubai and Geneva) extending his excellent streak of 10 consecutive finals won. He well defended his title of Roland Garros 2015, reaching semi-finals where he was defeated by Murray. He also reached that round in Toronto. However, the Swiss has shown some irregularity, he has lost the 3 matches played against top-10 players (Del Potro has that category, whatever it says his current ranking) and he has lost incredible matches, as the one facing Goffin in Indian Wells.

Stats are favourable to Del Potro in this US Open who has scored more aces (34/32), less doubles faults (13/16), best percentage of return points won (42.36%/ 40,23%), at service (68,75%/68,38), and has spent much less time on court (8 hours and 21 minutes / 11 hours and 32 minutes). Del Potro has exceeded his four commitments without losing a single set (together with Monfils, the only player who can say such a thing) while Wawrinka not only has lost three sets, but he also saved a match point facing Evans, at third round, with a miraculous ace with his second serve. Wawrinka pointed his head, but perhaps it would have been more authentic look at the sky.

Everything points to Del Potro´s victory. He leads the H2H, his form seems to be splendid, stats support him and has shown a confident and ambition that contrasts with the somewhat erratic image that Wawrinka has shown several times. With a quota of 1,61 we think there is certain value on it. Also seems to be attractive and with value, although logically with greater risk, Del Potro´s victory in three consecutive sets with quota of 4,33. 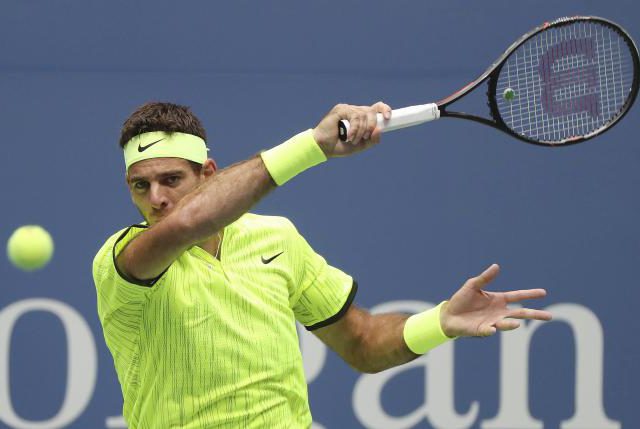