Eighth seed Milos Raonic was swept aside 6-2 6-4 6-4 by Spanish claycourter Albert Ramos-Vinolas in the fourth round of the French Open on Sunday.

The big-serving Canadian could make little impression against the dogged, 28-year-old left-hander who finished the contest with an angled smash on his third match point.

Ramos-Vinolas will play either defending champion Stan Wawrinka or Viktor Troicki in his first grand slam quarter-final, having never been past the second round in his 18 appearances in the four majors.

“I think the slow conditions helped me a little bit today, it was a great day for me. I returned really good and played very solid,” Barcelona-born Ramos-Vinolas said on court.

It was a disappointing day for Raonic who struggled to impose his greater power in humid conditions and dropped his usually reliable serve five times.He took only one of his seven breakpoint chances, one of which came in the last game of the match when his opponent produced a forehand winner to keep Raonic at bay.

Raonic, who announced on Friday that he would work with seven-times grand slam champion John McEnroe during the forthcoming grasscourt season, had been troubled by a hip injury in his third-round win over Andrej Martin. 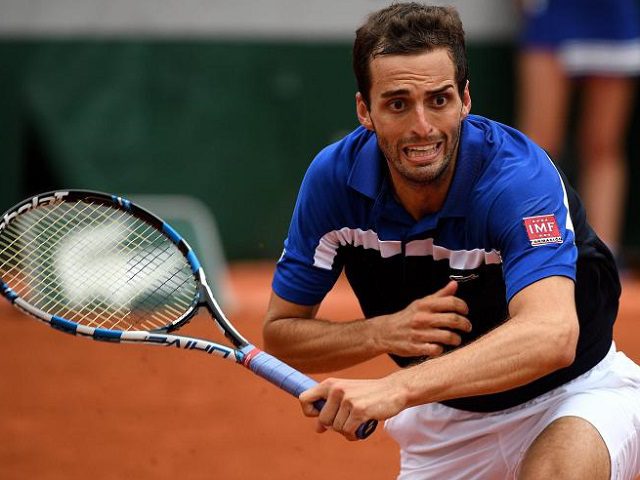