World number one Novak Djokovic fended off a resurgent Rafael Nadal 7-5 7-6 (4) in a pulsating battle on Friday to reach the semi-finals of the Italian Open.

Nadal led Djokovic 4-2 in the first set and had five set points on serve at 5-4 in the second but his opponent held firm for a bruising clay-court victory which took two hours 24 minutes.

It was his seventh straight win over the Spaniard and 11th in 12 meetings. However, it took all of the Serb’s incredible defensive skills to withstand a much-improved performance from the nine-times French Open champion.

“I held my nerve at the clutch moments,” Djokovic said in an on-court interview.”Even though I had nervy beginnings to both sets, with some good games and good play in the crucial moments, I managed to win. It’s a straight-sets win but it feels like we played five sets.”

Coping better with a blustery wind that swirled around the Foro Italico, Nadal broke to lead 3-2 but Djokovic recovered to level at 4-4 and then won the first set on his fourth set point.

In the second set Nadal broke in the opening game and despite calling the physio because of pain in his left foot, he held his advantage to 5-4.Serving for the set he held five set points but Djokovic saved the lot and broke back, eventually sealing the match on a tiebreak. Djokovic next meets Kei Nishikori of Japan or Dominic Thiem of Austria. 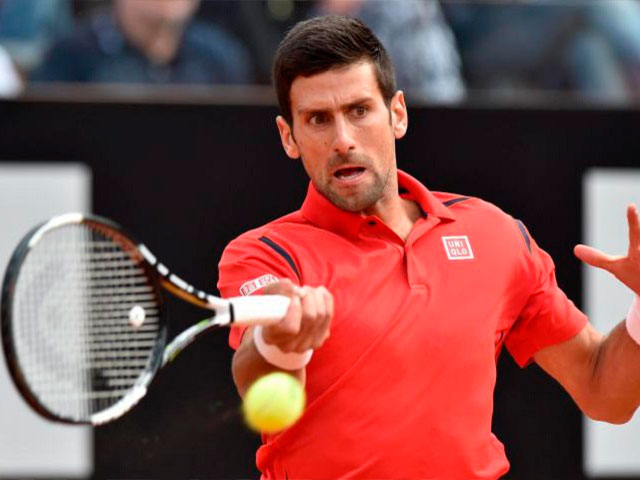